The Missing are Found 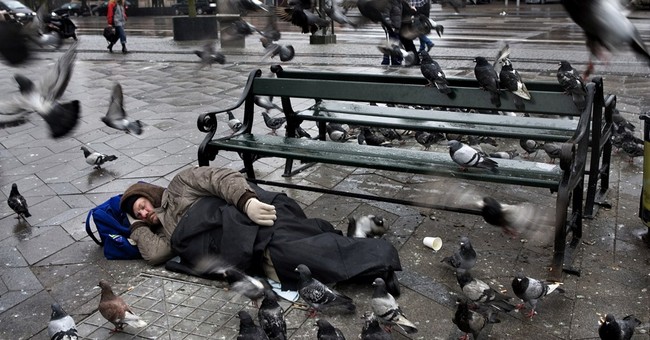 By now everyone knows that the decline in the unemployment rate is simply a function of the record (92.9 million) Americans not counted in the labor force. THEY ARE MISSING!

Those who are fortunate to have a job, not held by some geezer over 55, watched their hourly earnings plunge the most in the last 8 years. There is obviously concern that, now that the Holiday Season is over, all of the newly hired bartenders and waitresses will be back in the unemployment line. Probably, not to be counted, when they apply for first time unemployment as they will more than likely not be counted as part of the participation pool. 5.4% unemployment rate is dead ahead.

This is not a mystery to anyone except mainstream media and the gang of 68 economists (those were the guys who predicted a 10 year 4% interest rate at the close of 2014 Oops!) All of the above is known.

Where are the missing 92.9 million Americans not in the labor force?

I am ecstatic to have discovered, without the aid of Sherlock Holmes, Hercule Poirot, Nero Wolfe or any of a dozen real or imaginary Shamus’, the whereabouts of 92.9 million missing workers.

None are looking for a job. All are eagerly still home waiting for the next great adventure. Nota job but:

GOING BACK TO SCHOOL!!!

The BLS knew that once the President announced his 2 year free program at Junior College the floodgates would open and the 92.9 would magically reappear with calculators, paper and pencil in hand and school book ready. Therefore, knowing this why count them as absentee workers who in reality are all just new eager freshman college students.

*Introduction to the cloud

*The best way to say welcome at Walmart

*College is a lifestyle

Of course, mandatory for all ages will be

As the Head of the Fed and the President of the United States have said “Education is the solution for the 21st century”.

Who am I to disagree? In the spirit of the moment I would suggest the following curriculum study be added to the courses that will be offered*

*How to buy a Congressman?

*How to take on debt and make your neighbor pay for it?

THE MYSTERY HAS BEEN SOLVED.

The President himself disclosed the answer.

WHO WOULD HAVE THUNK?

P.S. Just a thought for the detectives: Does this mean anyone who already has two years at Junior College will get a refund?