Bill Murchison
|
Posted: Aug 23, 2016 12:01 AM
Share   Tweet
The opinions expressed by columnists are their own and do not necessarily represent the views of Townhall.com. 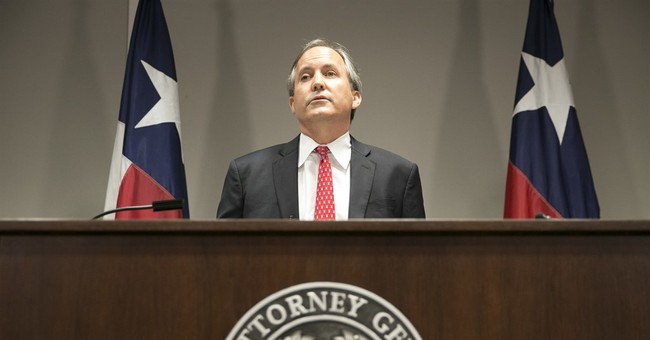 A federal judge in Fort Worth, Texas, Monday disallowed the Obama administration's attempt to change the nation's mind on the latest liberal social cause: sex-alteration. Judge Reed O'Connor enjoined the administration from enforcing new directives from the Departments of Justice and Education, which would prop open public-school restroom doors for access by students identifying with a gender different from the one they were assigned at birth.

How this moral/constitutional tangle gets resolved we will learn in due course. Meanwhile, O'Connor's decision highlights a campaign issue deserving of the closest attention, despite its receiving, up to now, almost none.

The Bolsheviks gave the issue its classic formulation: "Who, whom?" In other words, who dominates whom? Tells him where to get off? Who, ultimately, rules the roost?

A question formed on the lips of Lenin himself isn't supposed to arise in a constitutional democracy, save, perhaps, as a caution, a red light. However, as Christopher DeMuth Sr., writes in The Weekly Standard -- without referencing the Bolshies in the way some liberals liken conservatives to Nazis -- "American government has assumed a new form. The federal executive branch -- the president, his political appointees, and the hundreds of agencies that report to them -- has come to exercise lawmaking powers that were long the unquestioned preserve of Congress."

This, through "sheer declaration, independent of or contrary to statutory law; this includes Obama administration actions on immigration policy, Obamacare implementation, greenhouse gas regulation, restroom rules for transgendered persons, and other matters." The upshot? "The transformation has weakened our constitutional inheritance of checks and balances. ... The federal executive has become, in essence, a unitary national government of nearly unlimited jurisdiction."

"Nearly." We'd better hope it stops there, before -- owing to miraculous national recovery of the spirit of the constitutional convention -- things shift into reverse. A "unitary national government of nearly unlimited jurisdiction," however beloved of the Obama clique and their leader, is precisely the kind of government the founders labored to head off at the pass.

The topic savors too much, possibly, of political science class to capture the attention of an electorate transfixed by immigration, Hillary Clinton's emails and Donald Trump's lectern manners. What ought to be recognized is that the electorate's present discontents stem in no small way from the present administration's attitude toward the Constitution: its springy determination to have its way, irrespective of supposedly technical considerations; e.g., has it the power to do this or that? Not caring whether you have the power or not can lead you, if you happen to be president, to do what you want, without asking the legislative branch's or, more broadly, the people's concurrence.

"Who" becomes "you," the president. Those "whoms" you run over in the White House limousine are people with the bad taste to entertain a different policy idea.

You want to appeal to supporters of the transgendered? You sign a paper. No school may "require transgendered students to use facilities inconsistent with their gender identity or to use individual-user facilities when other students are not required to do so."

You pound your chest. Here's what we're going to do around here! Don't like it? Get used to it!

Which is where the third branch of government, the judiciary, walks up for a look. Oh -- you say you have the constitutional power? Maybe not -- such being, essentially, the Fort Worth trial judge's position on transgender bathrooms, with Supreme Court review still to come.

Mention of the Supreme Court lays before voters one of the supreme considerations in the election: Who gets to nominate replacements for present justices that retire in the next four years? The electorate is entitled to assume Clinton will nominate friends of executive government. Trump can be understood as saying he would nominate a very different kind of judge, one more deferential to the balance of powers.

However this may be, conversation about the high court lifts the fold hiding the fact that the American style of government is changing under our very noses, and that only a thin black-robed line of jurists, like Fort Worth's O'Connor, bars the way. If this is not material for a presidential debate, what is?