How to Help Clinton Win

Bill Murchison
|
Posted: Jan 12, 2016 12:01 AM
Share   Tweet
The opinions expressed by columnists are their own and do not necessarily represent the views of Townhall.com. 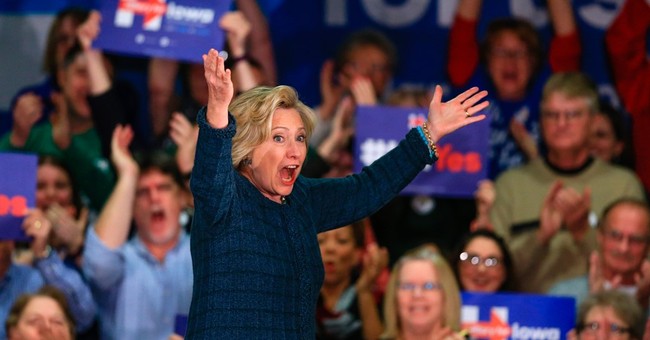 "This time I'm actually hearing somebody who's telling me the truth; they're actually going to go in and do something they say they're going to do." -- Ted Cruz-supporter Dave Conger, as quoted in The New York Times, Jan. 10, 2016.

Oh, Mr. Conger, kindly step this way. Which fist I'm showing you has the silver dollar in it? And when that fun is done, shall we consider, you and I, the current availability of the Brooklyn Bridge?

I mock. I know that's not nice. Neither, I submit, is the prospect of a Hillary Clinton presidency, that awful possibility to be realized through the nomination of a Republican with no chance whatsoever at winning: such as Ted Cruz; such as Donald Trump, with his traveling medicine show.

The New York Times, which wouldn't endorse any Republican right of Elizabeth Warren, can't wait, I am sure, for the second coming of the Clintons. Nonetheless, the Times is helpful in clarifying the -- shall we say -- political naivete endemic in the proposition that a hard-righter, in Times parlance, can pick off enough moderates and independents to actually beat Hillary Clinton. The Times tells us frankly that party "fractures" (righties against establishmentarians) "could help a Democrat win the White House if Republicans do not ultimately find ways to unite."

I couldn't agree more. There's a related issue, however, that suffers from the inattention paid it.

Dave Conger accidentally fingers the issue, which is performance, i.e., "The candidate who says the thing I have been waiting to hear is going to translate words into action." Whence comes this assumption? The American people have endured decades of honest disappointment, some of it generated by the most promising young man of our times, Barack Obama, who was going to heal divisions he has mostly made wider by persistence in policies with marginal support (such as gun control and affordable health care).

A political promise, to put the matter another way, is not quite the coin of the realm. Stuff happens, and you find you can address only so many things. Ronald Reagan was going to abolish the Department of Education. Then new challenges arose. The education department never got abolished. Reagan did other good things, such as cutting taxes and laying the groundwork for the Soviet empire's collapse. It sufficed, more or less.

Wrap Cruz's and Trump's barely visible political experience together in a package; throw in their lack of appeal, thus far, to moderates, independents, and minorities -- and what have you got? A ticket to the Clinton inauguration. How do you keep political promises if you can't get elected in the first place?

The point we can't get our minds around is the near-impossibility of any kind of politician's realizing the varied expectations laid upon him -- or her -- in our varied and multidimensional democracy. It is sometimes hard to know what the American people have in common anymore, aside from a generalized desire on the one hand to be left alone and, on the other hand, the wish to crack the whip over the kind who want to be left alone.

The fly in the buttermilk is, of course, the deep reliance Americans have come to place, since the 1930s, on political solutions for essentially non-political questions, like love and marriage and honesty and personal dignity.

Comparatively few human questions are properly political. Nor are politicians, of whatever political disposition -- not even Ted Cruz, not even Donald Trump -- qualified to address the purely human questions that people under appropriate moral guidance can tackle themselves. That such questions deserve fencing off from politics is the most underrated, under-discussed proposition of any political season.

Instead, Trump -- who couldn't get elected president if his life depended on it -- enumerates all the things we should believe about his political smarts. And Sen. Cruz -- a man more blessed with self-esteem than with mature knowledge of the country he would lead -- lets out his own blasts of indignation. As for almost-President Clinton? All that's left for her to do is smile sweetly -- or maybe not-so-sweetly.