A Winning Strategy to Repeal Obamacare

Betsy McCaughey
|
Posted: Jul 19, 2017 5:00 PM
Share   Tweet
The opinions expressed by columnists are their own and do not necessarily represent the views of Townhall.com. 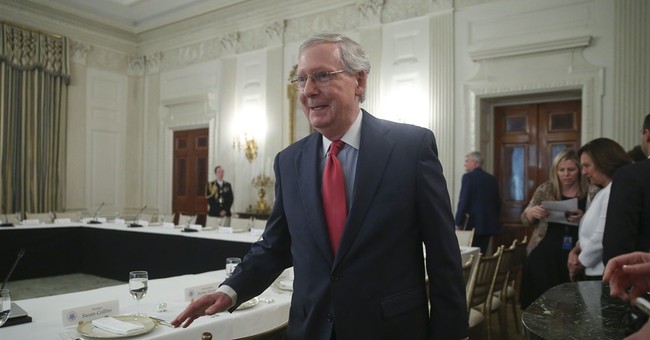 When President Ronald Reagan was asked why he settled for a 5 percent tax cut in 1981, half what he had proposed, he answered that "half a loaf is better than none." That's good advice right now.

This week's news that the Senate failed to repeal Obamacare is a bitter disappointment to the 18 million people in the individual market struggling with unaffordable premiums and deductibles. It's also bad news for another 8 million who are opting to pay hefty penalties rather than buy those unaffordable plans. And things are only getting worse. Health insurers are asking for giant rate increases this fall, as high as 50 percent in Connecticut, Maryland and Virginia. Ouch.

If members of Congress were feeling the same pain, they'd be more focused on repealing and replacing the collapsing law. But they've got a sweetheart deal. Even though the Affordable Care Act requires them to purchase their coverage on Obamacare exchanges and follow the same rules as the rest of us, President Obama set up a way for them to weasel out of it They get to choose from 57 gold plans and have John Q. Public pick up most of the tab. Meanwhile, in nearly half the counties in the nation, ordinary folks will have only one insurer available. Or none at all.

Congress needs to stop horsing around. Republican Senators lack a majority to fully repeal and replace Obamacare. Resistance to Medicaid reform is holding up the works. At least six GOP Senators won't budge. The way forward is to set aside reforming Medicaid for another day, and pass a repeal bill immediately to undo the coercive individual mandate, the job-killing employer mandate and the Obamacare regulations that are making private insurance unaffordable.

The Affordable Care Act is actually two laws glued together. First, there's the vast expansion of Medicaid, the public program serving the poor and disabled. That's where most of the previously uninsured gained coverage. Second, there's a federal takeover of the private insurance market, previously regulated by each state. Since several Republican Senators are balking at changing Medicaid, GOP leaders should pass the other half of repeal and replace, to rescue consumers in the individual market. There's no reason not to seize half a victory.

Republicans have enough votes in both the House and Senate to pass a bill that gives consumers choices, premium relief and generous protections for people with pre-existing conditions.

There's a consensus that people with pre-existing conditions should be able to get insurance and not be spending much more than anyone else. Republicans and Democrats agree on that. The issue is who pays the hefty price tag for their care.

Obamacare forced healthy buyers in the individual market to foot the entire bill. It's called community pricing. And it's the single biggest reason premiums doubled since 2013, according to actuarial consultants at Milliman. Healthy people would pay in but never reach their sky-high deductibles. Instead, premiums extorted from them would be used to cover the huge medical bills for the chronically ill. Call it "extortion care."

Republicans in both the House and Senate have devised a fairer way: a pot of federal money ($130 billion in the House plan and $182 billion in the Senate version) available to help pay premiums for people with pre-existing conditions over 10 years. It's fairer because the entire nation chips in, rather than forcing healthy people stuck in the individual market to overpay.

Obamacare also forces people to overpay for benefits they don't want -- "10 essential benefits" such as contraceptives and drug abuse counseling. Essential for whom? The law's defenders call anything less "junk insurance." As if Washington knows what you need. Under both the House and Senate bills, states can allow insurers to offer policies with flexible coverage options and lower premiums. It's a pro-choice approach to insurance.

The public is ready for these changes, and Republican lawmakers have the votes to pass them now.