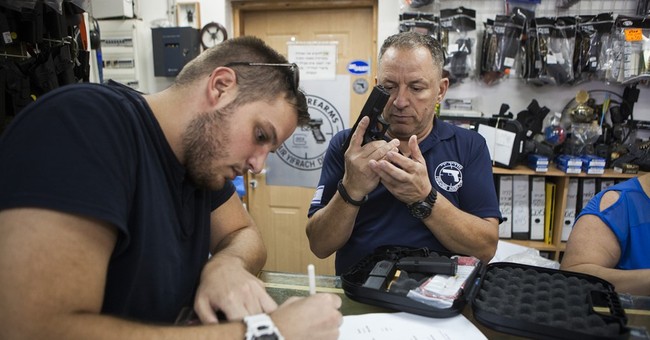 This week, 2016 Republican presidential contender Dr. Ben Carson bore the brunt of the media's ire for his politically incorrect take on the evils of gun control. "Through a combination of removing guns and disseminating propaganda, the Nazis were able to carry out their evil intentions with relatively little resistance," Carson writes in his new book, "A Perfect Union."

Leftists, including the activists of the Anti-Defamation League, promptly condemned Carson. National Director Jonathan Greenblatt explained, "the notion that Hitler's gun-control policy contributed to the Holocaust is historically inaccurate." Nick Baumann of The Huffington Post wrote, "There was some armed Jewish resistance to the power of the Nazi war machine. But it often ended in death for the Jews involved."

This is the height of idiocy. Pretty much everything ended in death for Jews during World War II in Europe. But what gave them a better shot of survival: having a gun or being completely disarmed?

Historically, enemies of the Jews -- or any other subject population, for that matter -- have sought to disarm the Jews in order to carry out their designs. This goes all the way back to the Bible, in which the Philistines banned all ironsmiths from the Jews, explicitly stating, "Lest the Jews make them swords or spears." Hitler knew the efficacy of gun control, and effectuated it with regard to Jews throughout his regime: While guns were completely banned in Germany in 1920, the laws were liberalized in 1928 before Hitler cracked down on Jews from 1933 to 1938, when full confiscation of all weapons, including knives, from Jews took place. The penalty for Jewish ownership of weapons: condemnation to a concentration camp for up to 20 years. Jews were warned that "they should interpret the new ordinance and the already existing Weapons Law strictly."

Meanwhile, in the Holy Land, the British sought to prevent Jewish weapons ownership as well, so as to prevent those uppity Jews from seizing control of pre-independence Israel. Jewish independence fighters, victimized by Arab gangs and British authorities who cast a warm eye on them, began manufacturing bullets underground and transporting them using milk trucks. After World War II, Jews were unlikely to surrender their weapons to supposedly friendly authorities. They didn't. The result: a Jewish State.

The left wants Jews to surrender both.

Today, the world turns a blind eye as Palestinian Arabs stab children in the streets of Jerusalem -- and they tell the Israelis not to worry so much about Iranian terror support or the Iranian nuclear program. Jews should simply stop being so militaristic, tell their armed citizens to stop fighting with terrorists armed with blades. Surely, that will end the cycle of violence.

But for centuries, the cycle of violence has not ended with regard to Jews. That's because there is no cycle of violence: It's a consistent pattern of Jew-hatred carried forward to violence. Denigrating Jewish self-defense means more dead Jews. More importantly, it means depriving Jews of their humanity. The first human right is the right to defend your life and your family, even if you can't win. More good people with guns fighting tyranny make the world a better place. That was true in 1944, and it's true today. That rule doesn't change just because the world seems indifferent to Jewish suffering, no matter what the era.