Ignoring Personal Responsibility Is a Riot 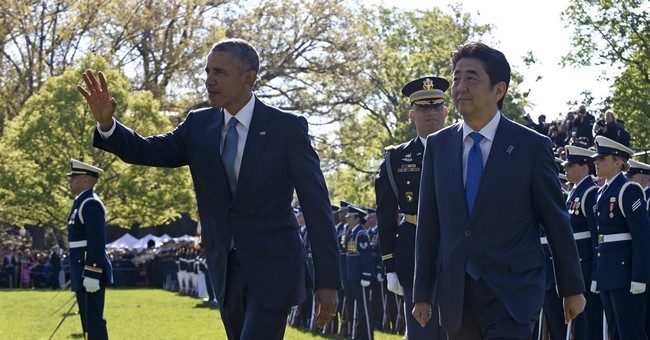 Hours after residents of Baltimore, Maryland, set the city aflame, President Barack Obama took to the Rose Garden to explain in professorial style just why America, under his administration, keeps watching young black men loot buildings and attack police officers. "We have seen too many instances of what appears to be police officers interacting with individuals -- primarily African-American, often poor -- in ways that have raised troubling questions. And it comes up, it seems like, once a week now, or once every couple weeks," Obama said, proclaiming that police brutality against blacks amounted to a "slow-rolling crisis." He added, "This is not new, and we shouldn't pretend that it's new."

Fortunately, President Obama is here to heal souls, as Michelle Obama once assured us. And he chooses to heal souls by suggesting that all the ills of inner city communities crash down on those communities through impersonal forces having nothing to do with individual rotten choices.

"Without making any excuses for criminal activities that take place in these communities," Obama said, preparing to excuse criminal activities in the black community, "what we also know is that if you have impoverished communities that have been stripped away of opportunity, where children are born into abject poverty -- they've got parents, often because of substance-abuse problems or incarceration or lack of education themselves -- can't do right by their kids, if it's more likely that those kids end up in jail or dead than they go to college, in communities where there are no fathers who can provide guidance to young men, communities where there's no investment, and manufacturing has been stripped away, and drugs have flooded the community ... we're not going to solve the problem [with just police]."

This is cowardice. Impoverished communities like Baltimore are not "stripped away" of opportunity -- they strip themselves of opportunity through lack of values. Children are not merely "born into abject poverty" -- they have parents who get pregnant while in poverty and outside wedlock. Those fathers are not merely absent because of "substance-abuse problems or incarceration or lack of education" -- they are absent because they make terrible decisions to do drugs, commit crimes, drop out of school and abandon their children. Kids do not just "end up in jail or dead" rather than in college -- they grow up in an environment where crime is a way of life, and they choose to engage in crime. Baltimore does not simply lack investment because of cruel white businessmen; it lacks investment because no sane business owner would drop millions to place a CVS where the last CVS burned.