Austin Bay
|
Posted: Feb 24, 2016 12:01 AM
Share   Tweet
The opinions expressed by columnists are their own and do not necessarily represent the views of Townhall.com. 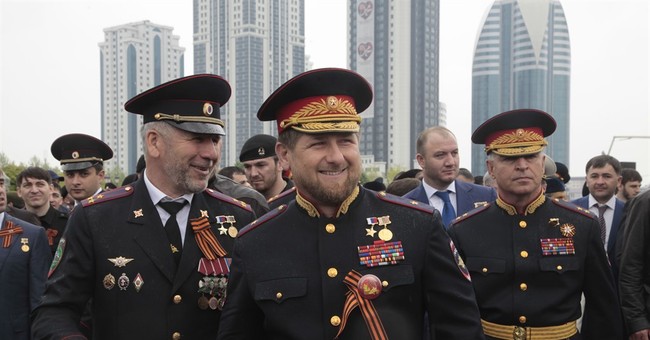 Since then, the Kremlin has cleverly pursued its "creeping war of aggression" and its death toll -- Russian and Ukrainian alike -- continues to mount. Ukraine gets the worst of it, suffering extensive economic loss and endless political crises. As I write this column, the Ukrainian government is on the verge of collapse. Since a government collapse in Kiev seeds more chaos, it counts as a political win for the Kremlin.

Germany, Great Britain, France and the U.S. are trying to stabilize Ukraine, or so they say. NATO has tentatively decided to pre-position military equipment in Poland. NATO is deploying small troop contingents on a rotational basis. Poland, on Ukraine's western border, is still not convinced the major powers have their heart in it.

In February 2016, the West is paying for its collective failure to support verbal condemnation of Russia's invasion with effective collective action to support the 1994 Budapest Accord.

Russia's invasion and the March 2014 annexation of Crimea shredded that agreement. The accord involved nuclear weapons and territory, so it mattered. With the Budapest Accord, Ukraine agreed to exchange its potent nuclear arsenal for Russian guarantees of Ukrainian territorial sovereignty. Put monosyllabically, No Nukes for No Land Grabs.

The No Land Grab dimension reinforced a lesson everyone supposedly learned from WW2: aggression, annexation and territorial expansion by a major European power produce mass slaughter across the continent. In the 20th Century, European territorial wars became global wars.

Given these terrible consequences, a nation just didn't do it.

One other sad point: the U.S. and Great Britain backed the Budapest Accord. The Clinton Administration touted it.

But so much for hard-learned lessons, diplomatic guarantees and Washington and London's promises to insure political compliance. Putin's Russia invaded and annexed, and its blatant act of aggression recalled the worst of the 1930s-era European history.

Putin is a master of propaganda. He claimed that the February 2014 collapse of Ukraine's pro-Russian regime was illegal and amounted to a coup. Why that justified Russia filching Crimea was finessed, not addressed. Putin wowed Russian television viewers and crowds in Red Square by invoking Russian historical territorial claims, alleging Ukrainian crimes against ethnic Russians (first in Crimea, then eastern Ukraine) and accusing NATO of promulgating nefarious plots against Mother Russia.

His real reason for launching the attack in February 2014? Ripe opportunity. The chaos in Kiev made a coordinated Ukrainian response unlikely. Putin also correctly assessed key NATO leaders, especially U.S. President Barack Obama. Not one of them had the spine to stop him.

Putin concluded that if his war could "creep" below the radars of outrage and major media, he might succeed in taking eastern Ukraine and Ukraine's Black Sea littoral. Ethnic Russian militias armed and trained by Moscow and backed by Russian Special Forces and artillery would invade neighborhood by neighborhood. If the opportunity appeared, some Russian tanks might make thrust to seize a key objective -- then disappear in an easterly direction.

So in late March and April 2014, the war crept into eastern Ukraine. Ukraine resisted, however, with unexpected ferocity. There is also some evidence that at a particularly dicey moment, Poland provided some military supplies. The drop in oil prices has hindered -- but not stopped -- Russia's ability to wage economic war.

For two years, Ukraine has just been strong enough to cling to independence, but is too weak to regain control of the Donetsk basin. Regain Crimea? Crimea is lost. And Putin's creeping war proceeds.