In the West, a New Birth of Liberty, and the Will to Live 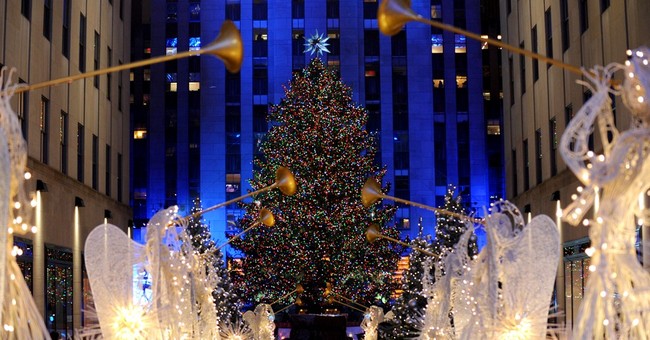 The Night before Christmas, I asked one of my customers where I work, a Saudi native studying in California: “How do you say 'Merry Christmas!' in Arabic?”

He chided me: “We don’t have Christmas in my country.”

This article from Breitbart featured tweets from Christmas celebrants throughout the Middle East. Even in Saudi Arabia, Christians worship in the privacy – a Western concept if there ever was one – of their homes, as well as in Lebanon, Syria, and throughout the Arab World. In African countries, too, where Christians face untold hardships to their faith, and privations unimagined in this modern century, men and women celebrated Christ the Savior, born in a tiny manger in Bethlehem, the only baby born expressly to die for us, and as us, to live for us and through us. Despite the worst tortures, persecutions, and the virulent rise of ISIS in the world, those who call on Jesus as Savior are not afraid to declare that Jesus is indeed the reason for the season, and not just in the Middle East.

The Western ideal, the tradition of life, liberty and the will to live rather than die, is rising again.

The latest fervor for Christ even among former Muslims is a latent testimony that a new birth of freedom is breaking forth: of religion, liberty of conscience, in defense of Western values in spite of the raucous Islamic refugees teeming along around the world. In Europe, where Islamic refugees are invading, and Western culture faces unprecedented assault against its regard for freedom, limited government, and respect for individual worth and natural rights, Middle Eastern refugees are fleeing their “faith” and embracing Christ and Him Crucified.

Muslims are converting in larger numbers to Christianity, not just in the Middle East, but throughout Europe. Skeptics will argue that these are Quranic “White Lie” maneuvers to spread Islam through stealth. One problem: by becoming a Christian, an ex-Muslim signs his death warrant before the rest of the Islamic community. Intellectuals like British atheist Richard Dawkins have hammered this truth time and again. Apostasy is a death sentence in Islam.

Arabs are converting from that horrific cult-like political ideology. What about the rest of Europe? Is the continent done for? Pamela Geller, who sponsored a “Draw Mohammed” cartoon art gallery in Garland, Texas, feared the worst, lamented in an article “The West has Lost the Will to Live”: “our top priority should be to crush the enemy. Instead, we get pathos and pitiful memes.” Has Western Civilization as we know it thrown up its collective hands and given up?

In Africa, Angola has officially banned Islam and begun closing down mosques throughout the country. In China, political correctness has not shackled leading officials to place limits on Islamic bullying against those Muslims who reject radicalism in all its forms. In France, Socialist President Francois Hollande has spear-headed investigations then invasions into key mosques, with their permanent closure following discovery of gun caches and other weaponry.

Not for this Swiss parliamentarian, that is certain. In 2011, Oskar Freysinger railed against the fascism which this horde-like religion would bring. “Europe is an idea”, he assured his audience. More than countries or political economies, Europe is “a cultural landscape, and intellectual space shaped by history.” He received thunderous applause for defending the essential tenets of life and liberty in the West, in contrast to the barbarism of Islam. A wide swath of Swiss residents has already voted to ban minarets, out of growing unease with a rising population of political Islamic militants refusing to integrate.

Around the same time, this Austrian member of parliament exposed and excoriated the double-standard amongst illiberal European elites, whom he derided as “Tolerance Romantics”. What set off his furious remarks? The arrogance of the Turkish ambassador, who had faulted the Austrian government for “interfering” with the integration of Turks, and yet migrant behavior, and the ambassador’s own actions, betrayed their resistance to adopt European customs, and insistence that their Islamic way of life be accepted.

These uproars are rising all over Europe and the rest of the world. There are more people with the will to fight back, to survive, to thrive once again. In Italy, Islam is not recognized as an established religion. One of the founding Renaissance thinkers of the time, Thomas Aquinas, rejected the edicts of Mohammed and viewed the religion as a heretical perversion of Christianity, nothing more. In Great Britain, despite his wayward actions, Prime Minister David Cameron reminded the British public: “We are a Christian country.”

Here in America, too, a new birth of freedom, of national identity is breaking forth. Leaders and readers are craving revival of our spiritual heritage, our Western culture. If you thought the Austrian parliamentarian mentioned above was tough, just listen to Chanell Temple of Hawthorne, CA (also a member of We the People Rising!) blast the corrupt Huntington Park, CA City Council. As I have written before, this city council appointed two illegal aliens to city commissions, overlooking thousands of legal and qualified residents in the city. Temple thrashed their hypocrisy toward legal residents and the rule of law: “My people break the law, they go to jail. You people break the law, you get amnesty. We are not going to have to sets of law!” The double-standard ends today. Western civilization is superior, and is worth fighting for, and no one can disregard the peace and safety of legal residents in the name of global equality.

Despite the tyranny of Islam, and the simmering fecklessness of a lax secularism, there is a new birth – a renaissance -- of life and liberty, of Western culture and values, of Christianity in the face of profane lawlessness shining forth again in the world.