Socialism On The Run 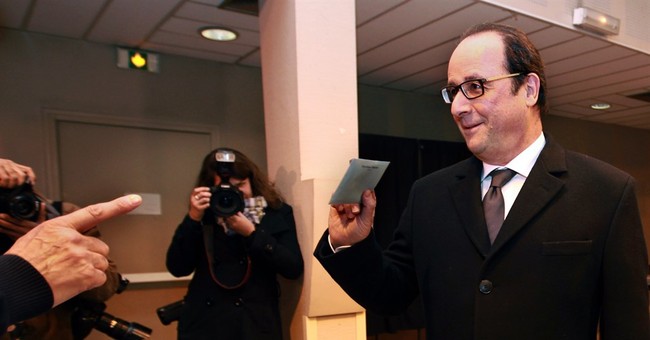 On November 3, I could only sing: “Election 2015, oh what a night!” Those were my first words after learning that Matt Bevin won the governor’s race in Kentucky. The forces of faith and family pushed past the transgender bathroom bill in Houston, Texas otherwise known as San Francisco along the Rio Grande. Churches are waking up, and conservatives are rallying to take back their local communities, and their countries. It has been quite a year for conservatives, and not just in America. Throughout the world, men and women who have labored under Big Government liberalism and its socialist tendencies have had enough, and are pushing right.

Let’s consider the welcome upset in Israel, first. Perhaps “upset” is not the correct word, since Prime Minister Benjamin Netanyahu, pro-Israel and pro-national security retained power in the Jewish State. Yet the political odds against him were stacked higher than a modern day Tower of Babel. Reports from within Jerusalem and the United States indicated that Barack Obama’s Organizing For Action was trying to fix the election for their left-wing contemporary. All of Obama’s money and progressive ground-game machinery failed, and “Bibi-sitter” Netanyahu is standing proud representing a nation which the UN and attending Islamic forces want to see wiped off the face of the earth.

Great Britain greeted worldwide conservatives with another unprecedented surprise, too.

May 2015, and I wanted a UKIP sweep like nothing else. Imagine a strong pro-British, vocally Euroskeptic political party taking back the United Kingdom, then taking the country out of the failing Europroject. Instead, and despite the negative polling detailing their demise, the conservatives under Cameron’s tottering grip swept into power, now with a stable majority without coalition building. To their credit, Cameron’s Tories have cut spending more than any modern government, and they are still cutting. Welfare recipients had to sit for an interview to determine their eligibility for government subsidy. At least Cameron calls the global terrorist threats upon us “Islamic.”

In Croatia, a pro-national party won the plurality of seats, their first election since entry into the Eurozone. With open borders and a mass migration a Eurozone, but not an individually European, agenda, more countries in the Eastern bloc are closing up their borders. While “refugees” try to vote with their feet, Hungarians are voting with their minds, and saying “Enough!” The Croatian parties have not yet formed a government, but international trends toward national liberty are pushing back against global equality.

In Poland, too, a strongly pro-life, pro-family, and pro-Poland political party took over. Anybody want to polka? The particularly striking element of this outcome? “It will be the first time since 1989 that there will be no left-wing party in parliament.” Imagine that: no left-wing partisans in Poland pushing socialism and government writ large as the final solutions for societal ills.

I have seen bumper stickers in California and on Facebook which read: “Imagine, no Democrats.” In Poland, they enjoy a similar reality. In France, Marine Le Pen’s new, improved (now purged of its anti-semitic members) Front National already won one round of voting in regional elections, a harbinger of the nationalist turn taking over France, backing away the failed socialist presidency of Francois Hollande, who in turn backed away from his extortionist tax schemes against the wealthy.

Even in Latin America, where left-wing ideologies triumphed and consolidated power for decades, the conservative opposition is busting up the statist status quo. Defeating the Kirchner’s left-wing successor, Mauricio Macri won the presidency in Argentina, signaling a turn away from socialist policies directed toward “helping the poor” and more towards fostering a business-friendly environment. One Macri supporter declared on election night: “I want the country to grow. Our children had to leave because of the economic situation and we want them to return." Children who leave their home countries because of economic stagnation – does that sound familiar to American ears, where adult children live at home or leave their home states for better economic opportunities?

And now for the latest, most exciting development yet for the worldwide conservative cause: Venezuela, where Hugo “El Pueblo” Chavez dedicated his corrupted communistic reign toward running his country into the ground. His left-wing successor has continued his slow, failing march into economic stagnation and rampant lawlessness. Venezuelans shouted “Basta!” and elected the conservative Mesa de la Unidad Democratica to power in the legislature. Yes, the country still faces Chavista clone Maduro, yet the country is taking the first of many necessary steps to bring free markets, free enterprise, and free people back to power. Even Maduro had to concede peacefully to the opposition on state television, a major shift from nearly two decades of fiery rhetoric.

Now, what’s the unifying thread motivating these political upsets across the country? National identity trumps economic concerns time and again. Karl Marx is wrong: the final clashes of our times will not focus on class, but religion and ethnic conflict. George Will has repeated this repudiation of Marxism. Thankfully, the right side of the political spectrum is back in the swing of things.

Socialism is on the run; the right is on the rise. Market-oriented policies are in vogue because after four, eight (or in Venezuela, 16) years of taking from makers and making more takers, the voters have gotten stagflation, rationing, and riots in the streets. Law and order, peace and prosperity, are popular platforms to run on, and conservatives have the principles – and now the politics – to make those reforms happen. Granted, “The Right” is not always synonymous with liberty, since Big Government nationalism is still dangerous to our well-being (fascism is national socialism, and national socialism with a gun, gives you Nazism”). And yet, the victories in Argentina and more importantly Venezuela indicate a move toward economic liberty rather than government controlled equality of results.

Let’s hope the Weltgeist to the right works its wonders here in America in 2016. We need leaders who will enforce the law, and legislators who want to make America great again.