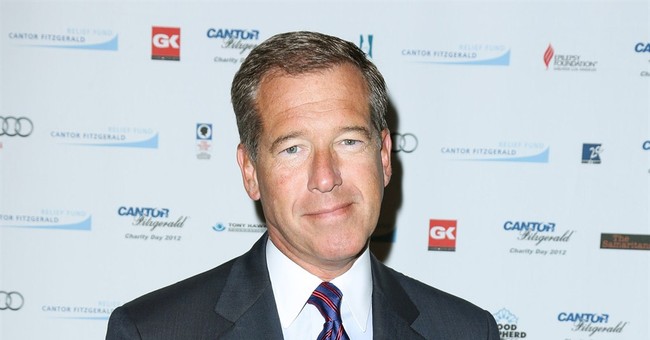 From the implosion of MSNBC and CNN to the recent suspension of NBC's Brian Williams, the Mainstream Media is getting marginalized every day.

The New Media, democratized by conservative bloggers and alternative-made-dominant counter-media like Truth Revolt and Breitbart are not only knocking the hell out of the lie, but telling more of the story, holding the Establishment of both parties accountable, and freeing the average reader from the hostage propaganda of left-wing editorializing and willful neglect.

For the past week, in the wake of Brian Williams' recent admission that he lied about encountering enemy fire during the War and Iraq, I kept reading the headline "The Day Big Media Died."

The phrase reminded me of the refrain "The Day the Music Died" from the Don McLeans' hit song "American Pie". I have a deeper connection with this song, since it I played it in my marching Band at Torrance High School (the same alma mater of too-soon departed athlete, war hero, and Christian inspiration Lou Zamperini).

Replaying the lyrics, I can't help but replace "the music" with "Big Media", and you get "American Lie".

Please sing with me:

A long, long time ago I can still remember how Big Media used to make me smile

And because they owned the air waves

They reported whatever made the raves

And mostly we were angry for a while.

But Barry Obama made me shiver

As all the papers gushed and quivered,

Bad news on the door step,

Never made the front page instep,

I can't remember if I cried

When I read about Brian Williams' slide

I felt warm and happy deep inside,

Drove your ratings down the tubes, because you left us all out to dry

Singin' "How can we keep on peddling this lie?

How much longer can we keep up the Big Media lie?

They claimed that Obama was all love

So why have faith in God above?

Because Barry had told us all it was so.

No one believed in rocking the boat

Because Big Media digged the moat

So very few were really in the Know

We all knew the networks were in love with him

Cuz they were prancing all over a whim.

They all kicked us in the teeth

Telling us to embrace the economic blues and grief.

Now all those Millenials are out of luck

With pinks slips and living in their pick-up trucks

But they were tired of embracing the suck,

Now for six years America's made a collective moan

And spending gets old with roving drones

Is this the way it will always be?

When Jon Stewart sang for Barry and his queen

With cant and colic he borrowed from Queen

And with money he stole from you and me.

Oh but while Obama was looking down,

And a verdict of guilty was duly earned!

Though the Democrats bayed and barked

Singing dirges for progressives left in the dark

The reporters fled for a fallout shelter,

Looking for a boost yet fallin' fast.

They landed foul on their ass.

Those haters tried for a last-ditch pass

But the viewers no longer watch the newscast.

Since the American People starting marching to their own tune.

We all got up to dance

Now Barry has lost his chance.

The media hatemongers tried to retake the field

The New Media refused to yield.

We all recall what was revealed,

Oh now we are all finding our place,

A generation taking back the space

And with plenty of time to start again.

So come on, conservatives, stand and shout

Williams is gone, and Jon Stewart out.

Getting fired is now their only end.

Oh, when I had to watch Barry on stage,

My hands were clinched in fists of rage,

No angel born was he

But the Devil's spawn he turned out to be.

And delight our libertarian spite

I have seen Americans laughing with delight,

I meet lots of people who are no longer blue

As Democrats lose, and liberals run away.

We see the Constitution as our sacred core

And hear the truth as in years before

And no one can tell us that we can't pray.

And in the streets the Middle Class gleams,

For the Left not a word is spoken,

Their standards all are broken.

And the networks despised from coast to coast,

NBC, CBS, but MSNBC the most,

They all ended up burnt to toast,

And we are singin'

Drove your ratings down the tubes, and left us all out to dry

The American people won't drink the Kool-Aid . And why?