When Will You Rise ?

Armstrong Williams
|
Posted: Nov 30, 2016 12:47 PM
Share   Tweet
The opinions expressed by columnists are their own and do not necessarily represent the views of Townhall.com. 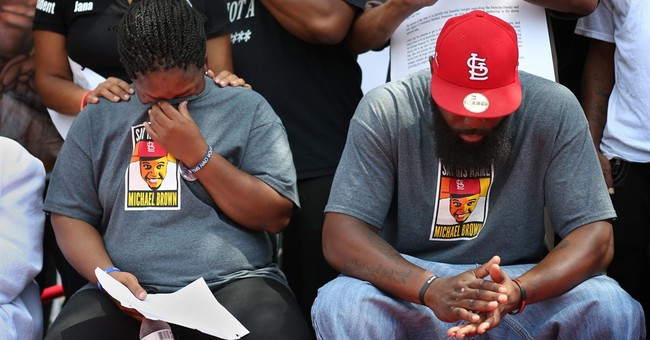 I recently had the opportunity to appear in the two-part series: Black America Since MLK: And Still I Rise, which was produced by acclaimed professor and documentarian, Dr. Henry Louis Gates, Jr.

There is an apparent revolving door of poverty, and despite the Great Society programs of President Lyndon B. Johnson and over 1-trillion dollars spent on alleviating poverty since the 1960’s, not much has changed for those living in our marginalized communities, except more broken homes and increased violence.

From the Voting Rights Act to the winding down of the nation’s first African-American president, our inner cities are plagued by violence, and a lack of economic opportunity and with no clear path to upward mobility, the future for many appear bleak.

When we look at where we are today with our first black president and the inspiration felt by many African-Americans, we all must be impartial critics and analyze the progress made outside of his historic election. And candor would oblige us to admit that there were things left to be desired.

For example: HBCU’s have struggled under President Obama with the drastic changes to the credit requirements for the Parent Plus Loan and the changes to Pell Grant’s, which leaves many African-Americans finding it harder and harder to gain access to higher education, and in a society where it is mandatory to have a college degree to excel, I am left perplexed by the president’s position relative to HBCU’s. And despite minimal actions on criminal justice reform, the president has essentially dropped the ball.

President Obama has made comprehensive immigration reform and other policies impacting other minority groups’ focal points of his 8-years as president. So, while progress has indeed been achieved over the past 50-years, even the casual spectator would have to ask him or herself, have we hit a metaphorical brick wall.

Though some of us have progressed over the past 50-years, many are still struggling to attain their piece of the American pie. However, I think there is hope. Groups such as Black Lives Matter have attempted to bring attention to these issues, including criminal justice reform and police brutality, and while I may have personal critiques of some of their antics, I think there is certainly a level of legitimacy to their critiques of our society overall.

The message and theme of the 2-part series to me highlights the fact that though we still have many barriers to overcome, it’s possible. Nothing is perfect, and progress doesn’t happen overnight, but if you reflect on the series, it illuminates the possibilities of the African-American community and forces one to envision the potential of tomorrow. Only those who see what is deemed impossible can make it commonplace, and as a community, we have done that every stretch of the way.