What if Black Lives Really Mattered? 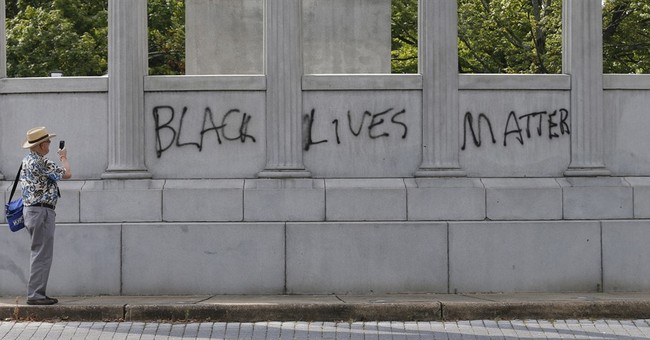 On the first anniversary of the controversial death of Michael Brown last week, protesters in Ferguson, Missouri took to the street with the urgent message that ‘black lives matter.’ The phrase has come to symbolize a movement largely focused around instances of alleged police abuse against black citizens, a problem which many in the movement have described as a systemic lack of regard for the sanctity of black life by law enforcement.

But the rally and the protests – not just in Ferguson, but in Baltimore, Cleveland and other places - seem to underscore a major irony. Black lives don’t seem to matter at all until they end up getting killed at the hands of police. Until that time, even the black community seems to ignore the lives of these young people. The rates of marriage and two-parent headed households among black youths borders on a national tragedy. If black lives really mattered, it seems that instead of making isolated instances of police misconduct the focus of the movement, activists would instead concentrate on implementing actions to improve the state of the black family.

Youth unemployment among African Americans hovers at over 30% -- nearly twice that of white teenagers. The obvious correlation between employment, job growth and family creation is a problem that has plagued the Obama recovery. Even college educated millennials are facing stagnant income growth and educational debt burdens that are causing them to delay the decision to marry, form household and have children. The problem is further compounded in the black community, where the focus on jobs and educational opportunity is critical.

The political strategy of the black lives matter movement is also counterproductive. By protesting and disrupting mainstream Democratic candidates -- such as the recent breakup of a Bernie Sanders campaign rally in Seattle -- the movement is demonstrating that it does not have the organizational sophistication to form strategic alliances that would ultimately beget political power. Furthermore movement leaders do not seem to understand that making such unreasonable demands of individual politicians that they risk splintering the unity they would need to keep the white house under Democratic control in 2016. These short-sighted tactics are bound to backfire as Republicans pick up independents and undecided voters who might justifiably object to some of the behavior of the activists. Under such a scenario blacks would probably get the worst of both worlds: an unsuccessful Democratic coalition and isolation from the potential rewards of an eventual Republican victory.

If black lives really mattered, so would black behavior. High school drop-out rates, incarceration rates, and teenage pregnancy rates are factors affecting black lives over which the black community has a great deal of control. A huge change alone would be made in terms of black wealth and welfare if birth in wedlock increased by a mere ten percent. The 2014 Documentary “72%” produced by Moguldom Studios, sheds an unflinching light on the epidemic of African American children born to sing parent households. It explores the fact that black activists have largely rejected the criticism leveled by black conservatives such Dr. Ben Carson, President Barack Obama and Bill Cosby – that black fathers are inexcusably absent from the lives of their children.

If black lives really matter perhaps it would behoove activists to think globally about what cultural shifts would actually help to increase black labor force participation. The first priority would be a cultural shift in emphasis on education. A Recent U.S. News Article which explored education disparities among blacks in the U.S. noted that black attitudes about higher education are reflective of a cultural dynamic – “Black parents, most of whom are less educated than their white counterparts, don’t expect their children to attain as much education as white parents expect. Lower expectations become self-fulfilling prophecies, contributing to lower expectations from the student, less-positive attitudes toward school, fewer out-of-school learning opportunities and less parent-child communication about school.” The change in culture around educational achievement would go a long way in addressing a major barrier to black labor force participation.

Is it so surprising that black youth who demonstrate such inability to respect authority in the educational setting are also more likely to get into confrontations with police and have a higher chance of being involved in the criminal justice system? The breakdown of the family – especially the absence of fathers – contributes greatly to the failure of socialization of black youth. In the absence of positive role models, these youth often fall victim to the broken values of their peers, which suggest to them that prioritizing academic achievement means ‘acting white,’ and seeking upward mobility through career advancement is akin to ‘selling out.’

If black lives truly matter those for whom it matters would take a serious look within the black community, do some soul-searching and mobilize their efforts towards improving the attitudes and behaviors that unfortunately contribute to the tragedies they so self-righteously declaim.