Liberal Lies About National Health Care: First in a Series 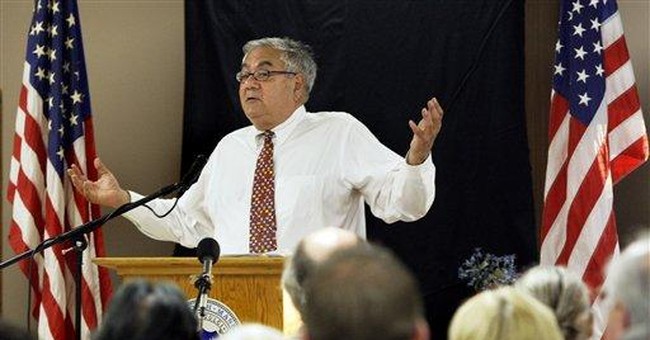 You want to punish insurance companies? Make them compete.

As Adam Smith observed, whenever two businessmen meet, "the conversation ends in a conspiracy against the public, or in some contrivance to raise prices." That's why we need a third, fourth and 45th competing insurance company that will undercut them by offering better service at a lower price.

Tiny little France and Germany have more competition among health insurers than the U.S. does right now. Amazingly, both of these socialist countries have less state regulation of health insurance than we do, and you can buy health insurance across regional lines -- unlike in the U.S., where a federal law allows states to ban interstate commerce in health insurance.

Liberals think they can improve the problem of a partial monopoly by turning it into a total monopoly. That's what single-payer health care is: "Single payer" means "single provider."

It's the famous liberal two-step: First screw something up, then claim that it's screwed up because there's not enough government oversight (it's the free market run wild!), and then step in and really screw it up in the name of "reform."

You could fix 90 percent of the problems with health insurance by ending the federal law allowing states to ban health insurance sales across state lines. But when John McCain called for ending the ban during the 2008 presidential campaign, he was attacked by Joe Biden -- another illustration of the ironclad Ann Coulter rule that the worst Republicans are still better than allegedly "conservative" Democrats.

Government-provided health care isn't a competitor; it's a monopoly product paid for by the taxpayer. Consumers may be able to "choose" whether they take the service -- at least at first -- but every single one of us will be forced to buy it, under penalty of prison for tax evasion. It's like a new cable plan with a "yes" box, but no "no" box.

Obama himself compared national health care to the post office -- immediately conjuring images of a highly efficient and consumer-friendly work force -- which, like so many consumer-friendly shops, is closed by 2 p.m. on Saturdays, all Sundays and every conceivable holiday.

But what most people don't know -- including the president, apparently -- with certain narrow exceptions, competing with the post office is prohibited by law.

Expect the same with national health care. Liberals won't stop until they have total control. How else will they get you to pay for their sex-change operations?

(3) Insurance companies are denying legitimate claims because they are "villains."

Obama denounced the insurance companies in last Sunday's New York Times, saying: "A man lost his health coverage in the middle of chemotherapy because the insurance company discovered that he had gallstones, which he hadn't known about when he applied for his policy. Because his treatment was delayed, he died."

Well, yeah. That and the cancer.

Assuming this is true -- which would distinguish it from every other story told by Democrats pushing national health care -- in a free market, such an insurance company couldn't stay in business. Other insurance companies would scream from the rooftops about their competitor's shoddy business practices, and customers would leave in droves.

If only customers had a choice! But we don't because of government regulation of health insurance.

Speaking of which, maybe if Mr. Gallstone's insurance company weren't required by law to cover early childhood development programs and sex-change operations, it wouldn't be forced to cut corners in the few areas not regulated by the government, such as cancer treatments for patients with gallstones.

(4) National health care will give Americans "basic consumer protections that will finally hold insurance companies accountable" -- as Barack Obama claimed in his op/ed in the Times.

You want to protect consumers? Do it the same way we protect consumers of dry cleaning, hamburgers and electricians: Give them the power to tell their insurance companies, "I'm taking my business elsewhere."

(5) Government intervention is the only way to provide coverage for pre-existing conditions.

The only reason most "pre-existing" conditions aren't already covered is because of government regulations that shrink the insurance market to a microscopic size, which leads to fewer options in health insurance and a lot more uninsured people than would exist in a free market.

The free market has produced a dizzying array of insurance products in areas other than health. (Ironically, array-associated dizziness is not covered by most health plans.) Even insurance companies have "reinsurance" policies to cover catastrophic events occurring on the properties they insure, such as nuclear accidents, earthquakes and Michael Moore dropping in for a visit and breaking the couch.

I've hit my word limit on liberal lies about national health care without breaking a sweat. See this space next week for more lies in our continuing series.