Angela Logomasini
|
Posted: Nov 18, 2020 12:01 AM
Share   Tweet
The opinions expressed by columnists are their own and do not necessarily represent the views of Townhall.com. 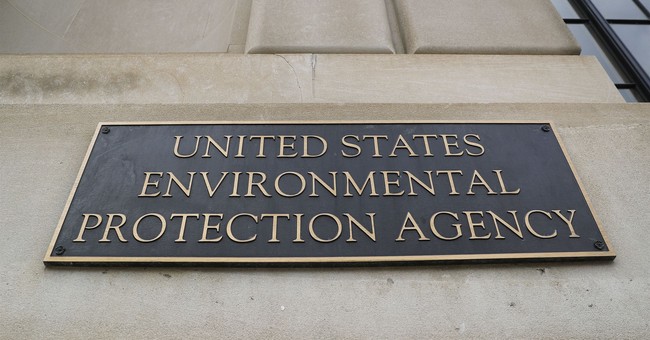 Junk science apparently attracts trial lawyers the same way blood in the water attracts hungry sharks. Armed with faulty research that contradicts the larger body of evidence, these attorneys often walk off with millions in “legal fees.” Consumers then pay the price once these many useful products either disappear from the market or become increasingly expensive.

The onslaught of cases waged against the weed-killer Roundup offers a prime example. Trial lawyers have filed tens-of-thousands of cases against Bayer AgroSciences’ subsidiary Monsanto. All these cases are built on a single, discredited hazard assessment produced by a United Nations outfit known as the International Agency for Research on Cancer or IARC. IARC classified Roundup’s active ingredient—glyphosate—as a known carcinogen despite contrary findings by most governmental and nongovernmental entities around the world.

Yet IARC does not even attempt to determine if real-world exposures pose risks, they just consider the theoretical possibility of risk at some unspecified level. But that tells us nothing about actual risks; it’s the dose that makes the poison. Something that might give you cancer at high levels might pose little or no risk at a low exposure.

That explains why so many of their assessments make no sense. For example, IARC places plutonium in the same cancer category as salty fish and wood dust. Clearly, no one should take IARC seriously, but trial lawyers have been able to convince juries based on this faulty IARC decision.

With tens of thousands of lawsuits, Bayer is trying to save its valuable product with settlements—paying plaintiffs to go away. Even if Bayer succeeds, all the publicity has governments considering glyphosate bans, which will adversely affect us all. Without it, it will be much more difficult for farmers to produce an affordable food supply and food prices will go up.

As Roundup cases hopefully winds down, there are a growing number of lawsuits focused on ethylene oxide (EO) on the horizon. EO is a chemical used to sterilize more than 50 percent of the nation’s medical supplies—including masks, bandages, ventilators, and more. The U.S. Environmental Protection Agency aided and abetted the trial lawyers on this one in 2016 by producing an absurd assessment on the chemical’s risk.

For that assessment, the EPA’s research program known as the “Integrated Risk Information System” or IRIS developed a number that supposedly represents the “safe exposure level” for ethylene oxide that people may breathe in without getting cancer. According to IRIS, human exposures should be kept below 0.1 parts per trillion.

It’s hard to grasp a number that tiny, but the American Chemistry Council (ACC) tries to put it in perspective. According to ACC, this concentration is the same as a single drop of water divided up among 200 Olympic-sized swimming pools.

Based on what we know about existing exposures, exposures at this tiny level are inconsequential to human health. ACC points out that the IRIS estimate is 19,000 times lower than levels naturally produced in the human body! In other words, you’re sitting in your own self made pool of the chemical. As ACC explains, “Thus, if the EO IRIS Assessment is to be believed, normal human metabolism and/or breathing ambient air is sufficient to cause cancer.”

We also inhale ethylene oxide from many natural sources in the environment since it’s released from plants and combustion. EPA measurements of the chemical in communities near medical sterilization plants that use EO found levels within range of many other urban areas without the facilities.

The reassuring news is that the human body is well equipped to manage these exposures. According to the agency, the human body releases ethylene oxide it produces as well as inhaled “fairly quickly,” with levels falling by “50% every 42 minutes.”

Despite these realities, EPA’s air quality office used the IRIS number in a 2018 report that suggested people in communities near medical sterilization plants might face elevated cancer risks. Sensationalist news headlines followed, whipping up panic in several communities leading local and state governments to shut down several plants during 2019 and into 2020.

These closures exacerbated medical supply shortages just when the novel corona virus crisis started. Fortunately, in March and April of 2020, the Food and Drug Administration was able to get states and localities to open all but one of the facilities to help address shortages, but this issue is far from over.

One thing that could help stymie these suits would be for the EPA to retract its flawed IRIS assessment. Otherwise, trial lawyers may succeed in advancing false claims to build more and more legal challenges—just like they did with Roundup. The implication for consumers is not good: more medical supply shortages that will leave us less prepared to address health challenges now and in the future.