Andrew Marcus is a writer and director based in Chicago. His newest project is HATING BREITBART, a feature-length documentary releasing in theaters October 19. A graduate of the film school at the Art Institute of Chicago, Andrew began his career documenting protests. Why protests? "Any time you get more than a handful of people together in a space, you get human drama," he says. "I find the human behavior that occurs at protests to be fascinating."

His documentary blog Founding Bloggers became a hit as several of his video shorts went viral. Andrew then teamed with Juan Williams for the documentary Tale of Two Missions about school choice in Chicago. The film was widely praised and reviled, inspiring the Chicago teachers union to create a video smearing Andrew—a badge of honor for the filmmaker.

In 2009, he began documenting the growing Tea Party movement, and upon seeing Andrew Breitbart address a crowd in Illinois, he decided to craft a documentary around the New Media icon. Marcus spent 30 months and traveled to more than 15 cities to create HATING BREITBART. 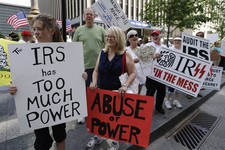 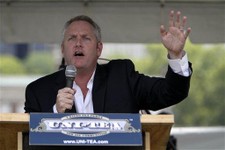