Informing the Debate Over Trade and Trade Promotion 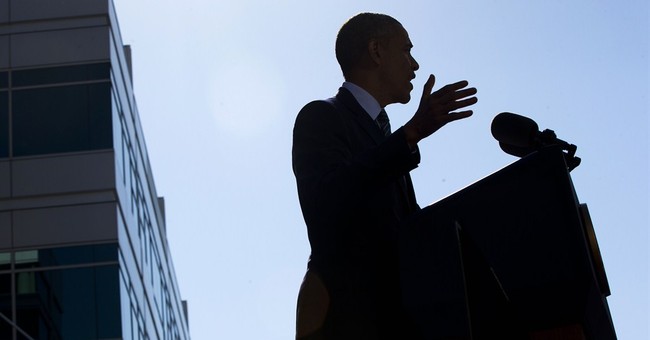 With a vote imminent on whether to give this president (and future presidents) greater leeway in negotiating trade deals, it is fairly well-settled that free-er trade is better for this nation’s economy (and consumers) overall. Moreover, while debates rage over the wisdom of putting more power in the hands of the federal executive branch, and the potential implications for impacts of such negotiating power on things like federal regulatory costs, there is still much-needed work to be done in examining how this all plays into US competitiveness in the face of foreign cronyism—nations that heavily subsidize their agricultural firms as a way of severely undercutting US agri-businesses.

When the playing field is level, US firms can easily compete, both on price and quality of goods. The problem is, of course, that the field is heavily tilted away from domestic businesses, with American farms facing, for instance, a $2 trillion regulatory burden from federal regulations alone! The Competitive Enterprise Institute’s Wayne Crews is fond of saying that, “grass doesn’t need to be told how to grow. You just have to move the rocks out of the way.” But for America’s farmers, they can move those rocks in order to grow their crops, and then they face the metaphysical ones… our nation’s massive regulatory burden and cronyism from abroad.

Enter a fascinating new study from Americans for Limited Government. Released just in time for the debate over America’s changing trade policies, Moving to a Free Market Agriculture Policy lays out a well-reasoned blueprint for changes that need to happen. Written by Professor J. Wesley Burnett from the College of Charleston, the report is a careful assessment of where America’s agricultural sector stands today:

“There is no question that market-oriented policies promote economic efficiency by allowing market forces to determine supply and demand, and consequently a competitive market price, with little or no government controls. Such forces are absolutely beneficial for the U.S. farming sector. However, given the importance of agricultural production to a country’s security, a free market in agriculture has proven particularly difficult to accomplish.”

Dr. Burnett makes it clear that the United States must address the twin problems of government mandates and market distortions in order for the nation’s agriculture sector to remain vibrant.

He also spends a great deal of time talking about the innovative “Zero-for-Zero” approach to tackling the thorny problem of agricultural subsidies. Advocated by such leaders as Rep. Ted Yoho (R-FL), “Zero-for-Zero” recognizes that something needs to be done about subsidies, and recognizes that other nations are using massive subsidies as a form of economic warfare against the United States:

“Minimizing, if not absolutely removing, any form of subsidies in U.S. agriculture would greatly encourage the fundamental principles of competition and economic welfare. However… the U.S. cannot and should not act unilaterally in its reforms, which would only reduce the competitiveness of domestic farms in international markets. To ensure the long-term competitiveness and viability of our industry, the U.S. needs to establish multilateral trade agreements with its foreign competitors. Congressman Yoho’s proposed zero-for-zero reform policy provides the basic fundaments for a successful subsequent [trade negotiations].”

As we move forward with discussions of transforming how the United States negotiates trade deals, it must be recognized that policies that distort the economics of trade have to be examined. The paper put forth by Americans for Limited Government and Dr. Burnett is a must-read for anyone engaged in this effort.