The Moms are Coming to Clean Up Washington

Allison Weisenberger
|
Posted: Nov 14, 2020 12:01 AM
Share   Tweet
The opinions expressed by columnists are their own and do not necessarily represent the views of Townhall.com. 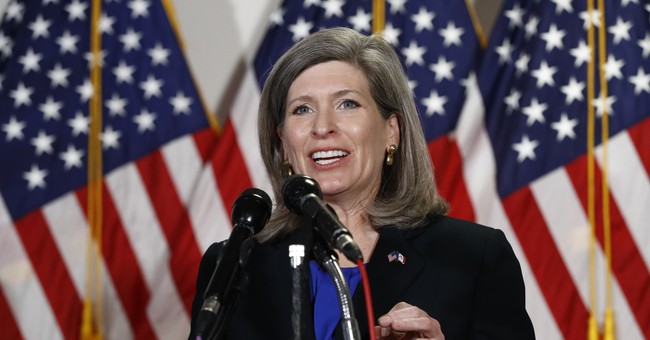 A bright spot to the doom and gloom surrounding the election is that we are witnessing a historic moment for Republican women, and more specifically conservative mothers.

During the past few weeks Americans have watched as more Republican women were elected to the U.S. House of Representatives than ever before - and continue to gain seats in the Senate. This was preceded by the confirmation of a mother of seven, Justice Amy Coney Barrett, to the Supreme Court of the United States.

The moment when the first mother of school aged children was sworn into the highest court in the land was historic. However, the scene that really tugged at my heartstrings was the video of Coney Barrett walking out of her home with her family, loading the kids in the minivan, and driving herself to her own nomination ceremony.

We are living in a time when mothers who do not fit the usual feminist mold are answering the call to serve their country in public roles - showing young women and mothers of all ages that there is a seat at the table for those who have children, grandchildren and traditional conservative values.

Voters across the country elected 13 new Republican women who will serve in the House of Representatives. As a mother, I was especially inspired by the moms and grandmothers of this group who will be headed to Washington and will no doubt make the safety of our families their first priority.

Congresswomen-elect Lauren Boebert from Colorado’s 3rd District, is a mother of four boys, owner of Shooter’s Grill, with gained national attention for having their staff open carry while serving, and is an outspoken 2nd Amendment advocate.

Marjorie Greene, the next Congresswoman from Georgia’s 14th District, is a mother of 3, a business owner, promises to help enforce border security, and stands up for 2nd Amendment rights.

Mary Miller, was elected in Illinois 15th District, and is a mother of 7 and grandmother of 17 grandchildren. In addition to raising her large family, Miller teaches Sunday School and has run their family farm with her husband for the past forty years. Mary Miller is also pro-life and pro-2nd Amendment and a strong Christian.

Yevette Herrell, who won the hard fought race in New Mexico’s 2nd district, is an enrolled member of the Cherokee Nation and will be the first Native American Republican woman to serve in the U.S. Congress. Herrell is also an entrepreneur, and defender of the 2nd amendment, and unabashedly pro-life.

Senator-elect Cynthia Lummis (R-WY) is mother, grandmother and cattle rancher. She previously served as Wyoming’s at-large congresswoman and was a founding member of the conservative House Freedom Caucus. Cynthia is also a staunch defender of the right to bear arms and the right to life for the unborn.

Current Senator Joni-Ernst (R-IA) who was re-elected in what became one of the most watched races in the country, is a mother who served in the military for over 23 years, including deployments to Iraq and Kuwait. During her time overseas Ernst was a company commander leading 150 Iowa Army National Guardsmen in Operation Iraqi Freedom. In 2014, she made history of her own becoming the first woman to be elected to any federal office from the state of Iowa.

Senator Joni Ernst, was a vocal supporter of Justice Amy Coney Barrett throughout the Senate confirmation.

After the confirmation Ernst summarized perfectly what conservative women are seeing now, “We have witnessed that a conservative women can move ahead, not be marginalized by the people on the left and the fact that we can now push back and say women can choose to marry who they want to marry they can choose whatever career path they want to engage in, they can be the mother of seven beautiful children, they can be a women of faith, they do not have to march in lock-step with what the Democrats think of as an ideal woman…”

These women are walking testaments against the common trope of the left that today’s conservative movement seeks to put us into some kind of Handmaiden's Tale.

The newly elected Republican women are anything but shrinking violets and stand bold in their convictions to protect life in the womb, the right to bear arms to defend your family, will bring much needed real world business experience to Washington.

They should serve as an inspiration to conservative women to see there is a seat at the table for them, they just need to hop in the driver’s seat of their SUV or minivan and take it.

Allison Weisenberger is a work from home mother of 2 small children living in Los Angeles County. She is a grassroots Board Member of Moms for Safe Neighborhoods PAC. You can follow her @AllisonJanel