The Real War on Women

Allen West
|
Posted: Oct 09, 2017 9:45 AM
Share   Tweet
The opinions expressed by columnists are their own and do not necessarily represent the views of Townhall.com. 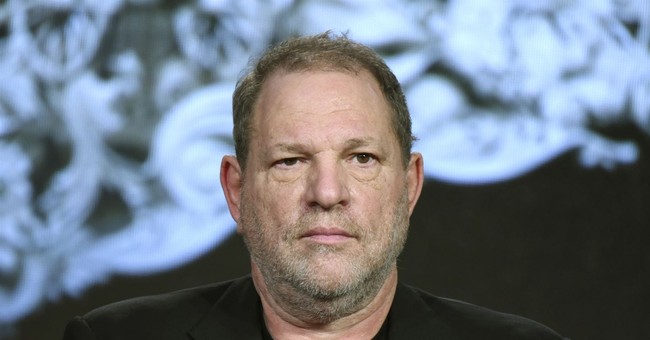 I am quite sure we all remember the campaign rally cry of the progressive socialist left from a few years back, the infamous “war on women.” The Democrat party used this tired line to try to beat the GOP in order to win over the vaunted female vote. But recent revelations should have us asking, who is really guilty of a war on women?

In the past week, we have seen a major Democrat fundraiser, uber-liberal progressive and member of the Hollywood elite, Harvey Weinstein, come under scrutiny for his rampant sexual abuse and harassment of women. It appears that Mr. Weinstein has a certain penchant for wanting sexual favors for advancement. And he has been paying out large sums of “hush money.” Funny, isn’t this what the progressive socialist left went apoplectic about reference one Bill O’Reilly? However, the case of one Harvey Weinstein has been kept rather quiet in those liberal progressive media outlets…why?

Simple, Mr. Weinstein has been, and quite sure he will be in the future, a major Democratic Party donor, to the tunes of some $600K, according to FEC reports. He also maxed out donations to the likes of Bill and Hillary Clinton, Barack Obama, and a bevy of Democrat House and Senate members. That number does not include his influence and bundling capacity with his fellow Hollywood leftists. And for anyone to suggest that the abhorrent behavior of Mr. Weinstein was not known is abjectly unbelievable. Matter of fact, just in 2013 first lady Michelle Obama described Weinstein as a “wonderful human being”…whoa. Then again, it was just last week that the former first lady decried that women who voted for Donald Trump “voted against their voice.” I suppose getting massive campaign contributions from that “wonderful human being,” Harvey Weinstein, can certainly jade anyone’s judgment of character.

So where is the outrage from the cast of usual suspects, like the feminist organizations, or will there be a statement from Linda Sarsour and the Million Women’s March? Nah, nothing will be forthcoming because there is a duplicitous hypocrisy with the left that allows a Ted Kennedy or a Bill Clinton to be lionized.

Then there is a very special chucklehead by the name of Steve Krieg who is in a Democrat congressional primary race to unseat New York Representative Elise Stefanik. And if you have not been paying attention, Rep. Stefanik is the youngest woman EVER to be elected to Congress, talk about breaking the glass ceiling. But Mr. Krieg has a different take on this impeccable accomplishment. He has openly referred to Rep. Stefanik in the most demeaning and denigrating of terms, calling her a child. Matter of fact, these are the words of Mr. Krieg, "I intend to kick your stingy, money-grubbing, sniveling coward of a butt out of Congress,” he wrote in July. “Don't worry, sweetie, you're a little girl. You can always run home to Mommy and Daddy.”

Well, I would tend to believe the media would be outraged, incensed, distressed about these statements. Nah, see, Rep. Stefanik is a Republican, and therefore she is open season for the war on women, the real one, that the left wages. Matter of fact, Mr. Krieg admitted that what he said was sexist, so this cheeky fella even owned up to it. Now, oh yea, you know what I am about to state: what if the roles were reversed here, with Rep. Stefanik being a Democrat and Mr. Krieg being a Republican. Yep, you know it, this story would be playing 24/7 and every single Republican would be demanded to condemn Krieg and his statement…heard anything from the Democrats? Will we hear massive news coverage from the leftist media? We will not be hearing anything from the likes of Madonna and Ashley Judd, nor will the women of The View be stepping up to the plate for Rep. Stefanik because she is in the wrong political party, in their eyes.

It is just as former Ambassador Madeleine Albright stated, “There is a special place in hell for women who don't help other women." But Secretary Albright was not talking about all women requiring help, just those of a certain political leaning, namely progressive socialists. Ms. Albright was referring to support of one Hillary Clinton, that was clearly understood. I mean think about it, how much “help” did Hillary Clinton lend to those women who had been sexually assaulted by her husband, Bill Clinton?

Therein lies the dirty little secret about the real “War on Women.” The liberal progressive left does not see, or respect, any woman that does not toe their ideological line. And the same can be said about being a black who does not seek to stay on or support the leftist economic plantation of subjugation and servitude. But it is strikingly so when it comes to women, the left truly despises independent strong women who stand by their convictions as Patriots, true Daughters of this Republic. For the left, the pure litmus test of a woman is supporting the right to kill unborn children, if you do not submit to that dogma, you are not a woman in their eyes.

Look at the immense accomplishments of one Condoleeza Rice, former National Security Adviser, former Secretary of State, classical pianist, fluent Russian linguist, and member of the College Football Playoff selection committee. Yet Ms. Rice was denied being a commencement speaker at Rutgers University, the same school that had a reality TV star named “Snooki” give a commencement address. There were professors at Rutgers who claimed Ms. Rice was not accomplished.

Yes, the hypocrisy is blatant and perhaps laughable, but in truth, it is downright despicable. We need to point out these hypocritical transgressions at every turn, God knows the leftists and their media accomplices try to demonize and castigate all those who do not bow down at their false altar of collectivism.

It is time we stop allowing the left to define and falsely declare war on what a woman is…and I know one thing, my Mother, Elizabeth “Snooks” West would not fit their definition. And that is why she, God rest her soul, is the epitome of an American Woman.