The Yin and Yang of Politics 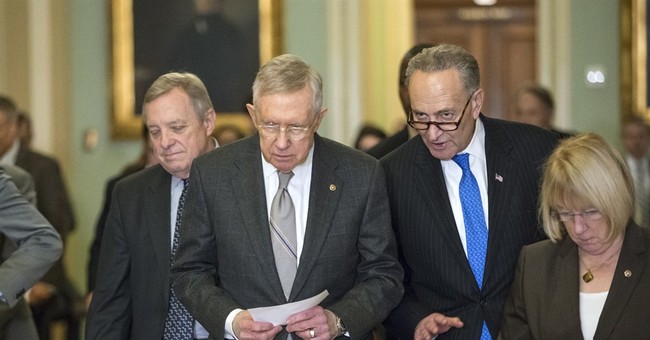 I found a definition of Yin and Yang to be, “In Chinese philosophy, yin and yang (also, yin-yang or yin yang) describes how opposite or contrary forces are actually complementary, interconnected, and interdependent in the natural world, and how they give rise to each other as they interrelate to one another.” It appears that our 2016 presidential election cycle is early on being defined by that philosophy. The question is, can this media-driven divide be good for the future of our Constitutional Republic?

In 2008 it was all about the “anti-Bush” sentiment in America – heavily fueled by a complicit media. The rallying slogan was “Hope and Change.” Some of us will never forget the statement, “we are the change that we have been waiting for.” Huh? None of this was challenged, but embraced as a historical moment that truly was the Yang to the existing Yin. Amazingly, there were little to no questions about policy; just the simplistic retort that “I will not be like the current president.” Furthermore, any challenge to the issue of a lack of policy proposals and experience in 2008 was met with the Alinsky tactic of personal demonization by way of being castigated as racist. And so in 2008 America replaced the Yin with the Yang and we had a new Yin – progressive socialism.

In 2012, the new slogan became “Forward,” and that was even as we recognized that so many quantitative assessments evidenced we were not going forward. We were certainly not progressing, and that situation continues to today. There were deceptions of jobs report numbers and we know that the economy was suffering under one of the most anemic recoveries in American history. But what was most telling was that we actually believed that we were safer; that Islamic terrorism was quelled. That was because Osama bin Laden had been double-tapped by U.S. Navy SEALS. However, the reality was far from being such. And so another deception took place when on 9-11-12 four Americans were abandoned to die in Benghazi – a place which had been destabilized by a horrific intervention by the current administration. Yet the new Yin, aided by a dedicated media campaign told us it was just a video.

Today, the situation is completely reversed. There is a new Yang that has risen due to the failures of the current Yin. The new slogan is “Make America Great Again.” This Yang has tapped into the evident weakness of the current Yin and has garnered a solid support base. Funny, this new Yang is not being embraced by the liberal progressive media, but its incessant assaults have enhanced the popularity of this new Yang in many aspects. And why is this happening? Simple: because the media clearly established and continues to establish itself as the protector of the progressive socialist ideal in 2008 and 2012. They have lost their credibility.

However, I would caution America to carefully assess whether this new Yang presents any viable policy solutions – similar to 2008.

My concern is that we Americans are once again being driven by media news cycles and not focusing on the prevailing issues or the future of America. Instead of basing our decisions about the future leadership of America on individual personalities, we must seek out a vision. Sadly, the social culture in America forces us to pay more attention to personas rather that principles. Now, I will be the first to admit that consideration of policy solutions may seem boring, but a base understanding is essential.

We have become more drawn to the person than the ideal. And what is lacking is a representation of the embodiment of that American ideal. Some would say that it does not exist, and God knows there are many who are trying to eradicate it – “we are five days away from fundamentally transforming America.”

What is necessary at this time in the current election cycle is for the American electorate to listen, and not be emotional. How do we restore the free enterprise opportunity society in order to get Americans back to work and productive in their own lanes? How do we develop a strategy to defeat militant Islamic terrorism? What needs to be done to reasonably stem the flow of illegal immigrants into America, secure our sovereign borders, yet also streamline our legal immigration system? How do we repair a healthcare system where individual premiums are rising, the individual mandate tax is increasing, and the level of care is decreasing? How do we advance the idea of parents being in charge of educating their children and being responsible for determining their outcomes – not the government?

The current Yin has done an exceptional job at focusing America on emotional “feeling” oriented issues. The reality is that the American public feels less safe. They know their beloved America, the land of individual economic empowerment, is becoming a breeding ground of collective economic enslavement, wealth transfer to grow the dependency society, a playground for social egalitarianism, and abject weakness.

And so we have the rise of the new Yang, a new slogan, but a lack of defined policy vision. The interconnection of the Yin and Yang of politics in America is that demagoguery has no favorite side. It can appear anywhere and finds a way to feed off the other.

As we close out 2015, enjoy a blessed Hanukkah, have a Merry Christmas, and celebrate a joyous and Happy New Year. May your favorite college football team win its bowl game – unless they are playing mine. But was we enter into a pivotal presidential election season, seek out an American leader, not an American celebrity.