Curtis has oversight on the management of GOPAC’s staff and implementation of its programs. In addition, she directs the national expansion plan to strengthen the organization’s mission as the Republican Party’s premier center for educating and electing a new generation of leaders.

Curtis is a NRA Certified Instructor in the fields of Pistol and Personal Protection. During her tenure at Fox News Radio, she produced live coverage that included broadcasts of presidential debates, primary elections, national conventions and presidential inaugurations. Prior to Fox News Radio, Curtis was Associate Producer at New York City’s 77 WABC Radio. Previously, she was elected and served on the Port Jervis City Council in New York. 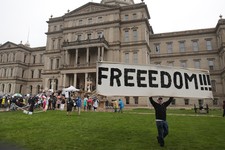 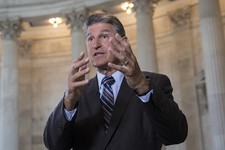 Politicians Must Come Together and Stick up for the Middle Class
November 22, 2017

Congress Can Uphold the American Promise with Budget and Tax Reform
September 18, 2017

Where Did All the Journalists Go?
September 05, 2017
CARTOONS | Chip Bok
View Cartoon
Most Popular