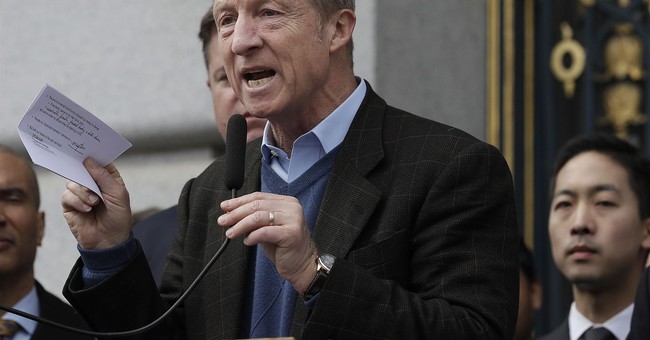 Background: Tom Steyer is the founder and the former co-senior manager of Farallon Capital, an investment firm that manages $20 billion in capital for high-net-worth individuals and institutions. In 2012, he retired from Farallon Capital and sold his stake. He is a partner and member of the Executive Committee at Hellman & Friedman, a private equity firm based in San Francisco. In 2012, Steyer and his wife signed The Giving Pledge, which donates half of their fortune to charity during their lifetime. Steyer has since switched his focus from finance to political activism. He launched NextGen America in 2013, a progressive non-profit organization which focuses on issues such as climate change, immigration, health care, and education. Steyer served on the Board of Trustees at Stanford University from 2012-2017. Steyer and his wife, Kathryn Taylor, are one of the biggest Democratic donors. They are ranked second in all-time political life donations and were third for the biggest donors of the 2018 midterms.