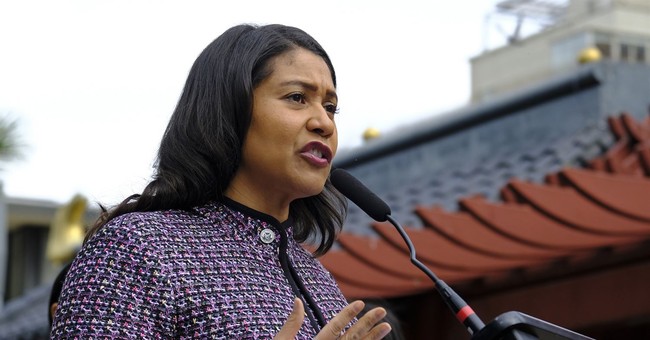 San Francisco Mayor London Breed has announced that all city employees are banned from doing business with companies in 22 pro-life states because she says that "by limiting travel and contracting with certain states, we are sending a clear message to states that disregard the right to abortion."

Every day in this country, women’s reproductive rights are threatened, and we have to fight back. Just as we restricted spending with states that have laws that discriminate against LGBTQ people, we are standing up against states that put women’s health at risk and that are actively working to limit reproductive freedoms,” Mayor Breed said last week.

Mayor Breed acknowledges that her protest may not cause other states to rethink their position, but she hopes cities from around America will follow her lead.

"Although tax revenue from San Francisco alone may not be sufficient to encourage states to rethink their laws, if other cities and states follow San Francisco’s lead, the financial pressure might be enough to prompt policy changes," Breed’s office declare according to LifeSiteNews.com.

"It’s an assault on women and women’s reproductive rights. And it’s also an economic hit on women: If you can’t decide when to start a family, it hits you economically," city Supervisor Vallie Brown said while announcing the ban.