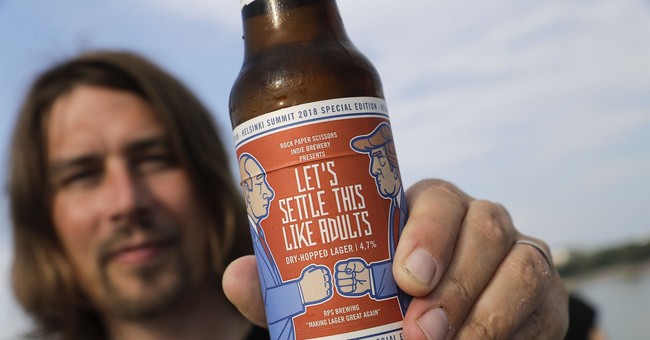 Buckle up, folks because this could possibly be the most wild legal story you have heard in quite some time. When I first read it, I thought I was being pranked. So let's take the time and explain what allegedly happened. Three judges, all from Indiana, found themselves in a fistfight and shoot out after a bout of heavy drinking on the first night of what was supposed to be a weekend of astute judiciary study. This incident occurred on May 1 2019.  Clark Circuit Judges Andrew Adams and Bradley Jacobs and Crawford Circuit Judge Sabrina Bell, are all facing discipline charges now.

This story comes from IndianaLawyer.com. The weekend of May 1, Adams, Jacobs, and Bell attended the Spring Judicial Conference. After checking into their hotel, the trio downed a few Seagram Escapes, some scotch, and eventually a few beers. They went around bar hopping. They ate dinner, had some wine, played some cornhole, and tossed a few game of darts. It was the type of stuff you'd expect  to occur at bars, but perhaps not from this group. They had themselves a ball of a time. The three realized they were the only ones left from conference goers, except a fourth judge, the Honorable Clark Circuit Magistrate Judge William Dawkins, who stayed with them as the night went on.

So this wolf pack of judges decided to stay out, and their night became so rowdy that they wound up at a strip club at 3:00 am. Yes, the folks tasked with imposing wisdom upon society and discerning laws thought it was a good idea to attend a strip club well after midnight, let alone anytime of the day.

“At around 3:00 a.m., Judge Jacobs, Judge Adams, Judge Bell, and Magistrate Dawkins walked to The Red Garter Gentlemen’s Club and attempted to go in, but the club was already closed,” the filings say. The judges’ presence at The Red Garter has been a point of confusion since the shootings, with law enforcement initially saying it was true but later recanting those statements. Clark County Presiding Judge Vicki Carmichael has likewise eluded that their presence at the gentlemen’s club was not certain, advising media on May 1 to beware of certain “inaccurate” reports.

At about 3:15, the judicial officers walked to the nearby White Castle restaurant, and Dawkins went inside. Surveillance footage from the White Castle shows a woman standing with Adams and Jacobs outside the restaurant, though until now her identity has never been confirmed.

“Outside the restaurant, Judge Adams, Judge Jacobs, and Judge Bell behaved in an injudicious manner,” the JQC wrote.

Then, out of nowhere, some random person named Alfredo Vazquez pulls up in an SUV. Vazquez's passenger, Brandon Kaiser, yelled something at the judges. Bell, ever the charmer, gave Kaiser the middle finger.

So, to recap. It's 3:00 am. Two grown men, and one woman whose job it is to judge society are suddenly confronted by two strangers outside a strip club. What happened next? A discussion of originalism or whether or not we have a living Constitution? Nope. A fist fight broke out, because what else is there to do at that time of night.

A heated verbal altercation occurred between the judges’ group (Judge Adams, Judge Bell, and Judge Jacobs) and Vazquez and Kaiser, with all participants yelling (including using profanity) and making dismissive, mocking, or insolent gestures toward the other group,” the JQC wrote. In the filings against Bell and Jacobs, the commission notes neither judge attempted to leave the scene or de-escalate the situation, while Bell “continued to provoke communication with the two men.”

The, "as Jacobs began to get off Kaiser, Vazquez began fighting him. Meanwhile, as Kaiser tried to get up, Adams kicked him in the back." This was pretty stupid of Adams to do Kaiser shot the Judge right in the stomach.  "Kaiser pulled out a gun and shot Judge Adams in the stomach region," according to Indiana Lawyer. "He then went over to Judge Jacobs and Vazquez and fired two more shots at Judge Jacobs in the chest."

Apparently, in the immediate aftermath, Bell tried to take the blame for the fight. But, "After grand jury proceedings, Adams, Kaiser and Vazquez were all indicted on felony and misdemeanor charges, though Jacobs was not indicted. Adams pleaded guilty last month to misdemeanor battery against Kaiser, and he received a one-year suspended sentence with no probation."

Here's the litany of errors these judges are being accused of making:

Good grief. We always talk about judicial legacy, but we never discuss judicial degeneracy. Perhaps we should start inspecting that legal realm more.