What A Load Of Horse Crap: SC Democrats Give MSNBC Exclusive Access To State Convention, Ban Other Networks' Live Coverage 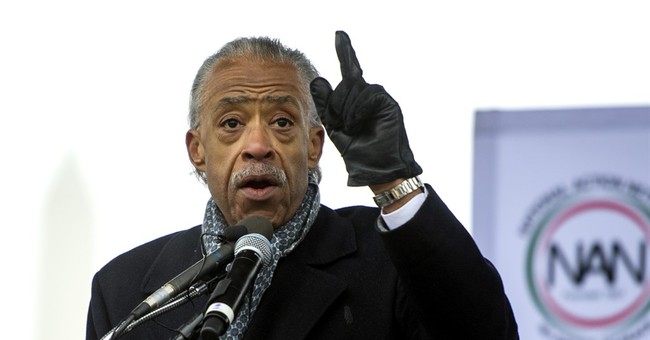 Remember all the cries from leftists and the mainstream media that President Donald J. Trump is stepping on the First Amendment and a danger to free press because he says mean tweets or whatever? How about the fact that CNN's Jim Acosta wrote a book on why it's supposedly a dangerous time to tell the truth in America and that the president was a dictator for temporarily banning him from press conferences for being a pestiferous little twerp? Well, all of that is absolute garbage as there has been not a scintilla of complaint from leftists after the South Carolina Democratic State Party virtually blocked all press access, except the ever-so favorable MSNBC, from covering its upcoming convention that is jampacked with 2020 presidential primary contenders.

As reported by the Washington Post, "The South Carolina Democratic Party is hosting perhaps the largest gathering of Democratic presidential candidates in history this weekend, but Fox News won’t be allowed to cover it live. Neither will C-SPAN, CNN nor any other TV network not named MSNBC."

"In an unusual arrangement, the state party has granted exclusive live TV and streaming rights to its convention to MSNBC," the paper said.

You read correctly. In the midst of the 2020 presidential primary in one of the nation's most important states that could make or break a candidate, a major political party in America has placed an all-out embargo on the content coming from more than 20 presidential candidates this weekend.

The Democratic state party has banned live-streaming, ordered news channels other than MSNBC to wait three hours before showing any clip, speech, or interview of the presidential candidates, and is not allowing other networks inside the venue.

“It’s very odd,” Steve Scully, C-SPAN’s political editor, told WaPo. “I confronted the party and asked them why. They said a decision had already been made.”

C-SPAN has always covered the event in years past but now will boycott the event out of protest and instead choose to cover a separate candidate forum in South Carolina.

A party spokesman named Tim Sullivan told Washington Post that MSNBC did not pay for the access, but instead worked out an agreement where all candidates will be interviewed and a portion of their speech broadcast on the network.

“We thought providing that level of access was unique to a state party," Sullivan said.

So just who did MSNBC choose to host the coverage? Rev. Al Sharpton and host Joy Reid.

You cannot make this up. The South Carolina Democrats chose to give exclusive coverage to a race-baiting anti-Semitic conman and a news anchor who lied to the American people about being hacked in order to justify homophobic posts on her old blog. These two will now be given exclusive coverage to a plethora of candidates who will no doubt attack President Donald J. Trump as a race-baiting, anti-Semitic and homophobic conman, who lies to the American people. It's all a load of horsecrap.