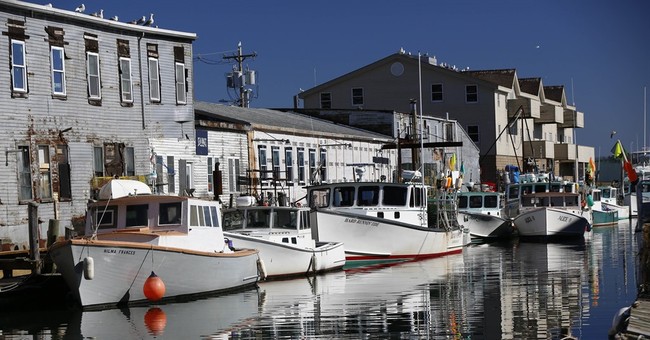 On the same day that Acting Department of Homeland Security Secretary Kevin McAlaneen testified that 90% of asylum seekers do not actually attend their immigration hearings, officials in Portland, Maine enacted plans to turn the Portland Expo Center, a venue typically used for concerts, sports, and other events, into an emergency shelter for the hundreds of asylum seekers via the southern border that are expected to arrive in the city this summer.

The Portland Press Herald reports that City Manager Jon Jennings told councilors last night that emergency action was needed because of a "very critical situation" due to the influx of migrants. Jennings told media that at the beginning of the three and a half-hour meeting yesterday, 72 non-citizens since Sunday had arrived in the city, all of whom needed financial assistance. That number rose to 86 by the end of the meeting. There are currently at least 150 more on the way just this week, according to the Herald.

To accommodate these asylum seekers councilors are now turning the Portland Expo Center, home of the NBA minor league team the Maine Red Claws, into a massive shelter that will house the individuals and families until the team starts in the fall. Nearby cities like South Portland are also hosting meetings in the coming days to discuss plans to assist Portland in their emergency.

Why are so many asylum seekers attracted to Portland? It is because the city uses local tax dollars to provide income and welfare for these individuals. As such, the flow of people coming to the city is "also expected to significantly impact the Portland Community Support Fund, which is believed to be the only local, municipally funded assistance program for asylum seekers in the U.S."

The Herald's Randy Billings breaks down the program:

"Asylum seekers, who are fleeing violence and persecution in their homelands, are not able to work until at least six months after they file asylum applications. As a result, they often end up in Portland’s homeless shelter and rely on state-funded General Assistance or the locally funded Portland Community Support Fund for basic necessities, such as food and medicine.

Noncitizens with an active visa or pending asylum application can receive General Assistance for up to two years. But there is often a gap between a visa expiring and an application being filed, so Portland has been using local tax dollars and donations to help those people.

City officials have been lobbying the state Department of Health and Human Services to expand General Assistance eligibility for asylum seekers, but so far no action has been taken."

"The support fund was created in 2015 in response to a change in the state’s General Assistance program under former Gov. Paul LePage. As of this month, the fund’s $200,000 appropriation from the council had been over-expended by $86,000," Billings reports.

City councilor Jill Duson says the fund is no longer becoming stable. However, her solution is not to stop giving handouts to non-Americans, rather it is to increase sources of funding for this -- a.k.a. using more tax dollars.

“It’s not sustainable to have the only program in the whole darn country paid for by 67,000 people [who live in the city],” Duson said. “It’s not about telling people don’t come. It’s about being clear that the nine of 10 other programs we’re committed to are still here.”

These family units are typically transported from places like San Antonio, Texas. In an email Jennings sent to city councilors, the public servant said that this week was "just the beginning as there are currently between 1,500-2,000 African migrants at the border seeking asylum with the probability of more to come."

It was reported earlier in the month that a Portland assistant city manager told San Antonio officials to stop sending asylum seekers there. However, Portland's city council obstinately rebuked this report and insisted the city wants these individuals to come.

For those reading wondering whether or not Portland will eventually stop allowing migrants to come to the city due to lack of resources, Mayor Ethan Strimling's response to President Trump's threat of releasing illegal aliens into sanctuary cities gives a hint that that is not likely to happen anytime soon. After the commander-in-chief threatened to send illegals to these cities Strimling said,  "Bring it on."

The city is also working with the Red Cross and other groups to make accommodations  and needed shelters.