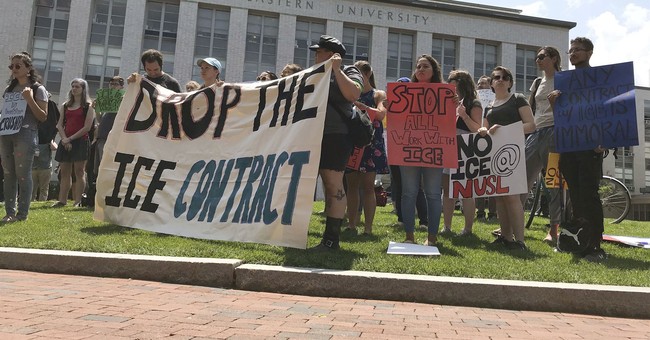 The United States Immigration and Customs Enforcement office announced the arrest of 33 illegal aliens this week across Alabama, Tennessee, Arkansas, and Louisiana, including 23 who had been previously deported or have been ordered to be removed.

ICE Enforcement and Removal Operations New Orleans Acting Field Office Director Trey Lund told media that, "These arrests are an excellent example of ICE’s ongoing focus toward unlawfully present foreign nationals who commit criminal offenses as well as those who threaten the integrity of our nation’s immigration system."

According to the New Orleans field office, the arrests took place over May 13 - May 16. The criminals arrested have committed a barrage of crimes ranging from a three-time deported illegal alien who is "currently facing criminal domestic violence charges pursuant to an instance in which he is accused of choking the victim" to a previously deported illegal alien with two convictions for drunk driving.

A press release by the agency notes that, "Of the 33 arrests, 22 have prior criminal convictions or pending criminal charges; 23 were either previously deported or have outstanding removal orders issued by the courts. Nine arrests took place in metro New Orleans, 12 in Alabama, eight in Arkansas and four in Tennessee."

Lund notes that these arrests were made in full compliance with federal and state law. "Despite attempts by some to confuse the public, ICE does not conduct any type of random or indiscriminate enforcement and the agency’s targeted enforcement efforts make communities safer for all persons whatever their immigration status may be," the acting field officer director noted.