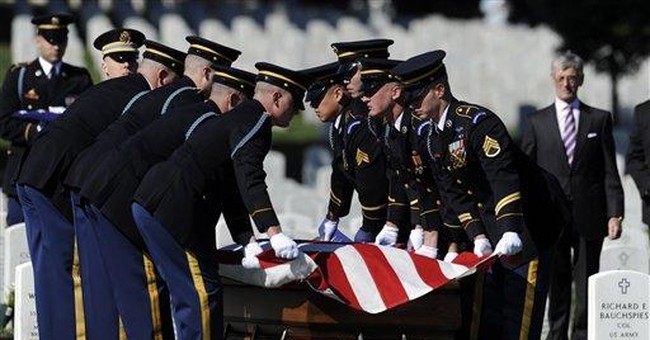 A WhiteHouse.gov petition asking that ROTC Cadet Riley Howell receive a full honors military burial in recognition of his heroic, life-saving actions while being attacked by a school shooter earlier this week has amassed more than 25,000 signatures.

The petition says, "Riley Howell, 21, died while tackling the gunman of the UNCC campus shooting on April 30. He was one of 2 students killed and 4 wounded, but there may have been many more victims had Riley not rushed the gunman and tackled him."

Had Riley lived, he would have gone on to serve his country after graduation for the United States Army. According to Stars and Stripes, "Howell was enrolled in his first semester of Army ROTC as a participating student in the Military Science 102 course, Lt. Col. Chunka Smith, who runs the school's Army ROTC program, said in an email."

Smith also told the website, “Though our time with Riley was brief, I can tell you that he stood out. I make it a point to shake the hands of all 180 Cadets in our program. All of them are phenomenal men and women but Riley stood out because of his strong, tall, athletic build and his overall calm presence. He embodied everything we look for in future officers. At the end of each semester, my cadre and I sit down to review line by line all of the students on path to contract and those who we want to recruit. Riley was one of those individuals I would have called into my office to recruit."

Military funerals with full honors, otherwise known as a military funeral with an escort, entail "a casket team (body bearers/pallbearers), a firing party, a, bugler, the folding of and presentation of our national colors, an escort element (size varies according to the rank of the deceased) and a military band" at the funeral service.

The petition currently needs 74,315 more signatures by May 31, 2019 to get a response from the White House. It can be signed here.