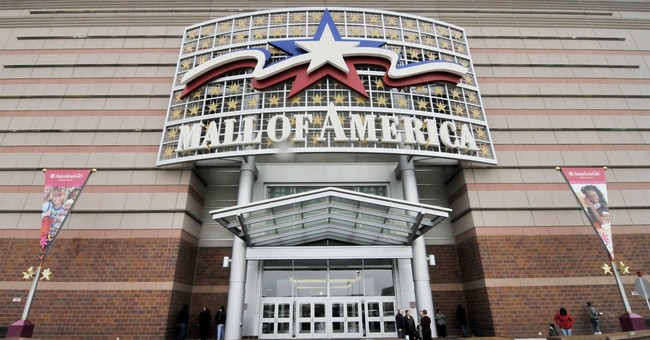 Bloomington Police report that a 5-year-old boy remains in critical condition after a 24-year-old man threw the child from a 40-foot balcony resulting in gruesome injuries on Saturday.

The Chicago Tribune reports that Emmanuel Deshawn Aranda, 24, of Minneapolis, has been arrested on a suspicion of attempted homicide charge after witnesses to the attack identified the man. Aranda is supposedly banned from the mall, but somehow entered and randomly attacked the innocent boy.

One eye witness told local media that "he heard a woman scream that her child had been thrown from the balcony. He said she was screaming, 'Everybody pray, everybody pray. Oh my God, my baby, someone threw him over the edge.'"

Bloomington police Chief Jeffrey Potts described the incident as a "horrific" situation but could not give any updates to the boy's health.  “The child did suffer significant injuries,” Police Chief Potts said during the press conference. “The child has been transported to the hospital and has been receiving care.”

The Tribune also notes that "Court records show that Aranda has a history of convictions for misdemeanor offense. He was charged in two previous incidents at the mall in 2015. Potts said some of those cases were handled through mental health court, but he didn't elaborate."

WTVR reports that in August of 2015, "witnesses saw Aranda smashing computers on the floor in the Minneapolis library, causing approximately $5,000 in damage, according to a 2015 complaint."

The current will be submitted to prosecutors by noon on Monday, according to police.