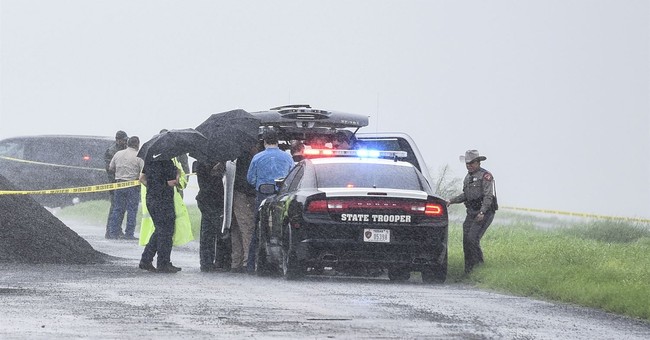 Webb County, TX Authorities have announced the arrested of a United States Customs and Border Patrol agent who allegedly killed four prostitutes and abducted one other.

According to KGNS, "Sheriff Martin Cuellar identified the man as 35-year-old Juan David Ortiz, a 10-year veteran supervisor of the U.S. Border Patrol. Ortiz was detained overnight and formally arrested and charged on Saturday afternoon."

Ortiz allegedly solicited prostitutes and then killed them in gruesome fashion. Webb County District attorney Isidiro Alaniz said that the man could be described as a serial killer. "He was profiling certain kinds of victims," Alaniz said according to CNN, adding "the suspect was hunting for his victims."

A spokesperson for the CBP told the press, "While it is CBP policy to not comment on the details of an ongoing investigation, criminal action by our employees is not, and will not be tolerated. Out of respect for the victims' family and friends, we ask that deference and due process be given to the investigation so that all the facts are brought to light and they can receive the closure they deserve."

According to authorities, the string of victims were found over the past few weeks. It was originally believed that Ortiz had murdered three women and one man, but it turned that was actually a transgender woman.

"Ortiz has been charged with four counts of murder, unlawful restraint, and aggravated assault on a $2,500,000 bond," according to authorities. As  of right now, authorities have not ruled out the possibility of other victims.