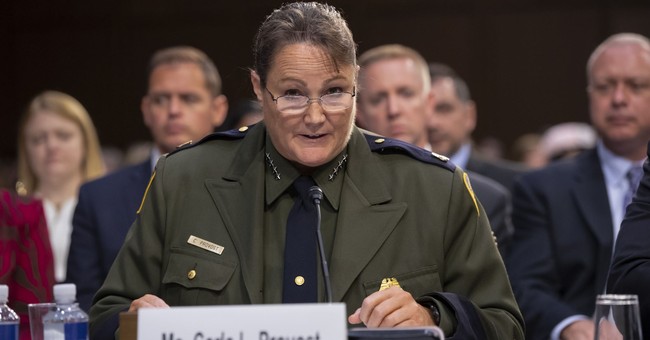 Carla Provost was officially appointed as US Border Patrol chief on Thursday, after successfully serving for more than a year as the agency's interim acting chief. Provost's appointment makes her the first woman in charge of the Border Patrol during its 90-year history.

President Donald J. Trump originally appointed Provost in April 2017 to serve as the acting chair. Yesterday, Kevin McAleenan, the commissioner for Customs and Border Protection, appointed her to the full-time position. McAleenan stated, "Her career has been marked by her tendency to take on on the most challenging roles in the most challenging areas of our border and our agency." This appointment is not subject to Senate confirmation.

According to US News, Provost "will be responsible for securing more than 6,000 miles of land borders with Mexico and Canada, and overseeing more than 19,000 agents — the vast majority of which are male."

"The Border Patrol has been at about 5 percent of women my entire career," Provost said while in DC.  "But I can tell you we are seeing more and more women rise through the ranks and into senior positions.  And I believe that this will help with the recruitment."

"I can guarantee you this: I may be the first female chief of the Border Patrol, but I am certain that I won't be the last," Provost added.

Likewise, "Provost joined the Border Patrol in 1995 as an agent in Douglas, Arizona. She worked in top management positions in El Paso, Texas, and El Centro, California, before transferring to headquarters in 2015, where she focused on efforts to clamp down on corruption, misconduct and mismanagement."