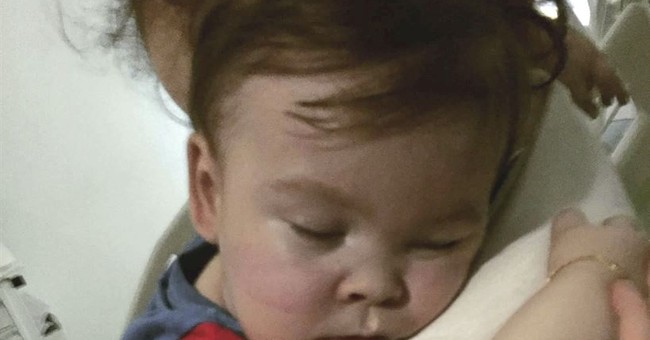 Alfie Evans, the British toddler who captured the hearts and minds of many as his parents fought for his life against the British government and doctors, has died.

Alfie garnered attention from Pope Francis and thousands of individuals from around the world. The angelic little toddler had been hospitalized since his 2016 after a series of seizures complicated his health. Alfie was later diagnosed with an incurable degenerative brain disorder. As a result, doctors recommended that Alfie be taken off life support and forbade future treatment. In other words, Alfie was left to die.

Since that time, Alfie’s parents have been battling the British courts and medical professionals to save the life of their innocent baby boy. The courts controversially consistently sided with Alfie’s doctors that his mom, Kate James, and dad, Tom Evans, could not take their child home nor seek medical help in other countries.

This occurred despite Italy granting Alfie citizenship so that he could arrive in the country and receive medical care.

Upon Alfie's death early Saturday morning, thousands poured out their condolences on Twitter.

Very sad news about Alfie Evans. Thoughts with the parents who tried their best.

We're waking up to sad news this morning, as the parents of 23-month-old Alfie Evans announced that he had passed away overnight. Our thoughts are with Tom, Kate and the rest of Alfie's family at this time. pic.twitter.com/5TS33PLhCz

RIP Alfie Evans... A brave little soldier all the way to the end... Thoughts are with his mother & father today.. ?? #RIPAlfieEvans