YETI Cuts Ties With the NRA 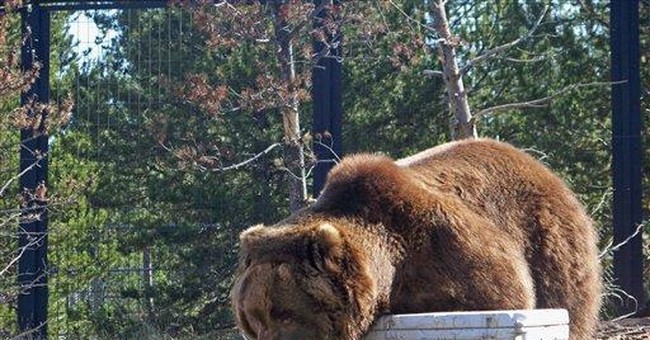 In a surprising move, the popular cooler making company YETI has announced it will be cutting ties with the National Rifle Association.

From The NRA Foundation:

“Suddenly, without prior notice, YETI has declined to do business with The NRA Foundation saying they no longer wish to be an NRA vendor, and refused to say why.  They will only say they will no longer sell products to The NRA Foundation.  That certainly isn't sportsmanlike. In fact, YETI should be ashamed.  They have declined to continue helping America's young people enjoy outdoor recreational activities.  These activities enable them to appreciate America and enjoy our natural resources with wholesome and healthy outdoor recreational and educational programs."

The move is even more bizarre when YETI has actively promoted activities involving guns such as duck hunting in a series known as "Dr. Duck."

Many sportsmen are utterly perplexed by the decision.

If true that YETI isn’t doing business with NRA Foundation anymore, they are about to lose much of their sportsmen clientele. That’s bad optics. What gives?!

YETI coolers is cutting ties with the NRA.

Talk about not knowing your customer base! It’s suicide for @YETICoolers.

That’s fine, let YETI try & get their money from the millennial communists who refuse to pay for jack & expect everything to be given to them.

Yeti Coolers dropping its relationship with the @NRA is mind-boggling.

Everybody I know that owns a Yeti also owns a gun, and many of them are NRA members. This move doesn’t make sense at all. pic.twitter.com/ARsZIHikA2

I think I know a fair share of people who will be upset with this move by YETI and #boycottYetiCoolers https://t.co/g340L3cjlh

YETI joins several other companies who have boycotted the NRA after massive anti-gun protests swept the nation in response to the Parkland shooting.

Recommended
If Republicans Win in November, It Will Be in Spite of Themselves
Derek Hunter
Trending Townhall Video
Share this on Facebook
Tweet
The Narrative Is Changing Again on Gas Prices
Rebecca Downs
Sen. Josh Hawley Wants to Know Why Pro-Lifers Are Held to an Unequal Standard by Biden's DOJ
Rebecca Downs
Karine Jean-Pierre Seems to Have Missed the Narrative About Joe Biden Running Again
Rebecca Downs
There’s Been Another Surprising Poll Out of Washington
Rebecca Downs
Even Some Liberal Outlets, Polls Coming Around on Admitting Republicans Still Have a Midterm Edge