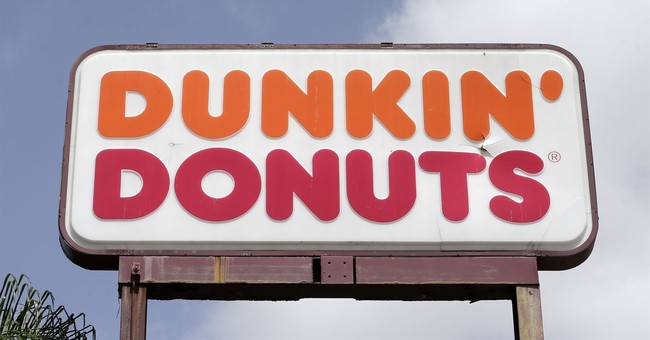 “If you are going to compete against me, you better be willing to give up your life. Because I’m giving up mine,” the world’s greatest quarterback and 5-time Super Bowl champion, Tom Brady, tells the camera in an awe-inspiring new documentary - Tom vs. Time. Yet, while Brady is sacrificing his life for the sport he loves, a champion of another kind is going to spend a portion of his life behind bars for allegedly stealing the food he loves - donuts.

According to the Associated Press, "a North Carolina man who made headlines when he was caught for break-ins after winning a doughnut-eating contest has been arrested again. And this time he's accused of stealing from a doughnut shop. The Virginian-Pilot newspaper reports 27-year-old Bradley Hardison of Elizabeth City was charged Thursday with stealing from a Dunkin' Donuts in November.”

While it is not actually apparent if he stole any food items from the Dunkin Donuts, his previous donut eating championship tipped off authorities for break ins back in 2014. Hardison actually had the audacity to compete in a donut eating contest put on by police after he was accused of several robberies - and won.

"The Virginian-Pilot reported that in 2014, Hardison won a doughnut-eating contest put on by Elizabeth City police while he was wanted on suspicion of several break-ins. Investigators said they arrested Hardison after his win prompted further scrutiny, and he was convicted, according to the paper," the AP article says.

At the time, some authorities said they felt disrespected by Hardison, but at least one was impressed by his feasting feats.  “I did congratulate him,” says Lt. Max Robeson, a deputy with the Camden County Sheriff’s Office. “Good for him. He can eat a lot of doughnuts. Good for him.”  The competition was for the Elizabeth City Police Department’s National Night Out Against Crime event. In just two minutes time Hardison devoured eight glazed doughnuts. Hardison’s win caught the attention of a local newspaper, along with the attention of Lt. Robeson. When I came in that morning and read that article I was pissed because it’s like throwing it in our face,” he says. “We’ve been looking for you for months. I didn’t ask him if he won a trophy – he probably did.”

No word what breakfast options are at the local jail.