CNN Poll: 56% of Americans Say DACA Is Not Worth a Government Shutdown 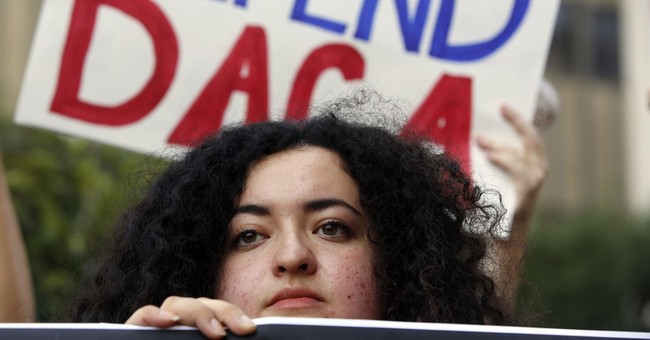 A CNN poll released today shows that the majority of Americans think it is more important that Congress avoids a federal government shutdown than it is to pass a bill protecting illegal aliens brought into the country as children. Those who currently receive protections under former President Barack Obama's executive order known as Deferred Action for Childhood Arrivals (DACA) are commonly known as "Dreamers."

While the majority of Americans say that passing a bill to protect "Dreamers" is not as important as funding the federal government, the program is still overwhelmingly supported. According to this same CNN Poll, "On its own, the DACA program remains broadly popular, with 84% saying they would like to see it continue, including 72% of Republicans, 82% of independents and a near-unanimous 96% of Democrats. Almost two-thirds (63%) say dealing with the program should be an extremely or very high priority for Congress, narrowly ahead of the 61% who say the same about passing a long-term funding bill to avoid future shutdowns."

GOP leadership have scheduled a vote for 10:00 pm tonight in hopes an agreement can be met before the midnight deadline.