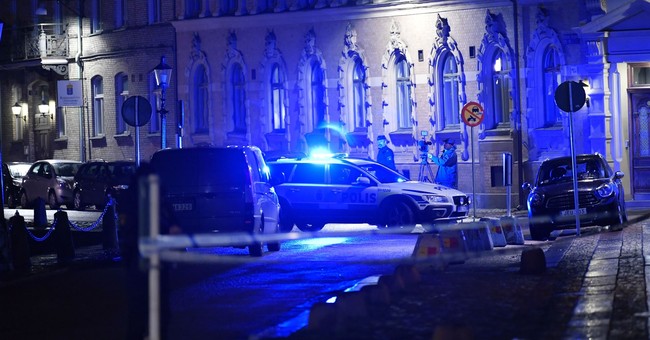 Three individuals have been arrested for allegedly firebombing a synagogue in Gothenburg, Sweden Saturday night as part of an ongoing anti-Semitic response to United States President Donald J. Trump's historic decision to formally recognize Jerusalem as the capital of Israel.

Late Saturday evening, youth attending an event at the synagogue were suddenly bombarded with molotov cocktails hurled by masked men in attempt to burn the temple to the ground.

“I’m terribly upset over the attack on a synagogue in Gothenburg yesterday and calls for violence against Jews at a demonstration in Malmo,” Lofven said Sunday. “There is no place for anti-Semitism in our Swedish society. The perpetrators will be held accountable.”

Violent protests around the world were sparked as Palestinian groups called for a “A Day of Rage." Witnesses in Goteberg say they saw a dozen youths attack the building, but their homemade firebombs had little effect and no one was harmed.

The attack against the Synagogue in Gothenburg and calls for violence against Jews in Malmö are deplorable and totally unacceptable. Anti-Semitism, threats and violence have no place in our society.

"Any kind of anti-Semitism is an attack on everyone. Anti-Semitism must never be allowed to have a place (in society) again.”

Every President since Bill Clinton has promised to officially recognize Jerusalem as the capital of Israel, but President Trump is the first to  actually follow through on his word.