Republicans Confident They Have Needed Votes for Tax Reform 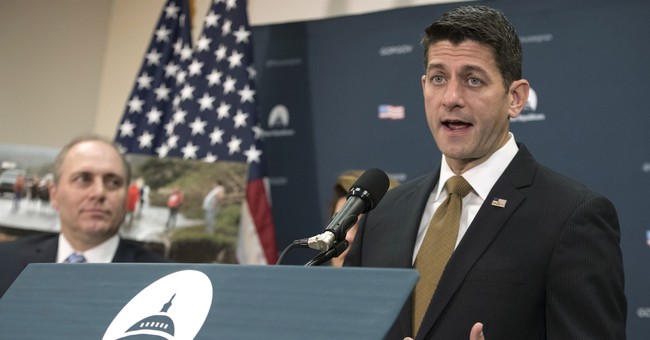 Today, on Fox and Friends, House Majority Whip Steve Scalise (R-LA) discussed his confidence that the majority of the Freedom Caucus would support President Trump’s tax reform, more properly known as as the Tax Cuts and Jobs Act.

"We've been working really well with them," Scalise told "Fox and Friends."

"I talk to Mark Meadows on a regular basis, and most of the members of the Freedom Caucus that we've talked to, they are really supportive of this bill, as are most members of our conference."

Then, Senator Roy Blunt (R-MO) told Fox that he too was confident that the GOP would be able to pass the bill.

“We will have the votes,” said Blunt, a member of GOP leadership. “We’re highly motivated to do this.”

“Once we get 50 Republicans we’ll have three or four Democrats vote for this as well,” Blunt said on Fox News.

“They’re just not going to vote for it as long as there’s a chance that Republicans will once again be embarrassed by not getting something this important to our agenda and the economy done.”

"I'm confident that we're going to get votes," Cohn told Fox News' "Sunday Morning Futures." "We got the bill out of the [House] Ways and Means Committee with 24 votes on Thursday last week, it was 24-16."

"I think the elections once again are screaming at Washington, saying 'Look, we want you in Washington to get things done and legislate," Cohn said of Tuesday's elections in which Democrats won gubernatorial races in Virginia and New Jersey. "This why we have to get tax reform done."

Cohn also added his excitement in assisting the commander in chief form the nation's economic policy.

This news seems promising. As Larry Kudlow noted on Townhall yesterday , pro-business tax cuts would be best for the economy if they occurred this year.

"So one way or another -- even with the glitches and differences between the House and Senate tax plans -- Congress will come up with a significant pro-growth bill because business tax cuts are still the centerpiece. And they should do it this year."

America will have to wait and see if they can pull it off. The GOP controlled Congress has hardly been able to putforth any viable legislation this past year.