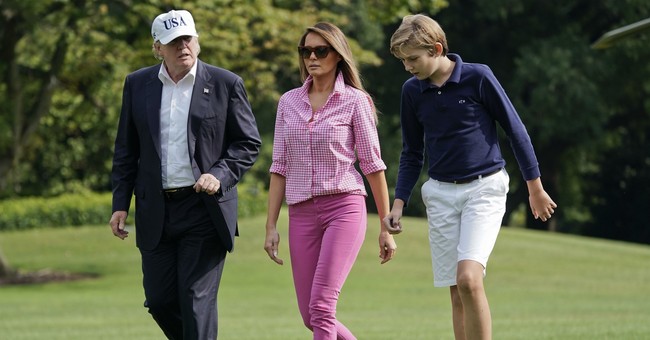 Melania Trump has significantly reduced the size of staff and personnel needed for the role of First Lady compared to her predecessors. This move has already saved hundreds of thousands of taxpayer dollars in the process, reports Fox News.

“As with all things that she does, she is being very deliberate in her hiring, focusing on quality over quantity,” communications director Stephanie Grisham told Alex Pappas of Fox News. “It is important to her that the team is a good fit for what she wants to accomplish as first lady, and that everyone works well together. She also wants to be mindful and responsible when it comes to taxpayer money.”

Pappas also notes that First Ladies Hillary Clinton and Laura Bush each had staffs of 19 and 18 people respectively.

Despite taking on a more public role and cultivating her political presence, Trump continues to maintain only a chief of staff, a communications director, a deputy chief of staff and a deputy director of advance as her assistants.

The Fox piece also notes that President Donald Trump has cut staff overall in the White House since Barack Obama left office, which could save more than $22 million.

Traditionally, the First Lady usually comes in with an agenda they would like to see enacted, such as Laura Bush's focus on literacy and education. Melania Trump, who still cares for her 11 year old son Baron, comparably did not step into her new role as First Lady with a specific action plan in mind.

Still, Melania Trump was an active philanthropist and generous person as a private citizen. The White House website notes that her passion for culture and fashion is only surpassed by her love of charity.

"She was Honorary Chairwoman for Martha Graham Dance Company in April 2005, is an active member of the Police Athletic League which honored her with Woman of The Year 2006, has been an Honorary Chairwoman for The Boy's Club of New York for five consecutive years, and in 2005 The American Red Cross awarded her with Goodwill Ambassador which she has proudly served for four years.  In April of 2008, she was asked by Love Our Children USA and NASDAQ to participate in the Fifth Annual National Love Our Children Day and the beginning of National Child Abuse Prevention month by ringing the closing bell at NASDAQ.  In 2010, Melania was the Chairwoman for The American Heart Association which raised $1.7 Million for research.  Melania's philanthropic interests represent her humanitarian side, and she remains an indefatigable and dedicated New York," says her bio. on the website.

It will be interesting to see how her role as First Lady changes over the next few years and beyond.