Poll: Only 4% of U.S. Adults are Newly Insured, Half Choose Obamacare Alternative 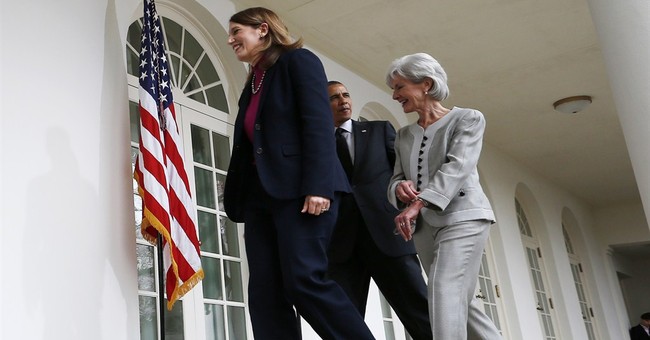 Only four percent of Americans are newly insured this year, according to a Gallup poll released Thursday. Even more interesting, is the fact that nearly half of the newly insured chose to get their insurance outside of the Obamacare exchanges:

These findings are based on interviewing with more than 20,000 U.S. adults, aged 18 and older, conducted as part of Gallup Daily tracking from March 4-April 14. Gallup asked those who have health insurance if their policy is new for 2014, and if so, whether they had insurance last year and if they got their new insurance through a federal or state health exchange.

Overall, 11.8% of U.S. adults say they got a new health insurance policy in 2014. One-third of this group, or 4% nationally, say they did not have insurance in 2013. Another 7.5% got a new policy this year that replaced a previous policy. The rest either did not respond or were uncertain about their previous insurance status.

The key figure is the 4% who are newly insured in 2014, which most likely represents Americans' response to the individual mandate requirement the Affordable Care Act (ACA). This estimate of the newly insured broadly aligns with the reduction Gallup has seen in the national uninsured rate from 2013 to the first days of April 2014. However, the calculation of the newly insured does not take into account those who may have been insured in 2013 but not in 2014.

The ACA envisioned that the new healthcare exchanges would be the main place where uninsured Americans would get their insurance this year, but it appears that a sizable segment of the newly insured Americans used another mechanism. These sources presumably include employee policies, Medicaid, and other private policies not arranged through exchanges.

Interesting. So when is Obama's vision of his law providing healthcare for millions of uninsured Americans supposed to come to fruition? It seems even when the White House makes something mandatory, extends the deadline for months, and fines individuals for not complying, it still can't seem to get the result intended.