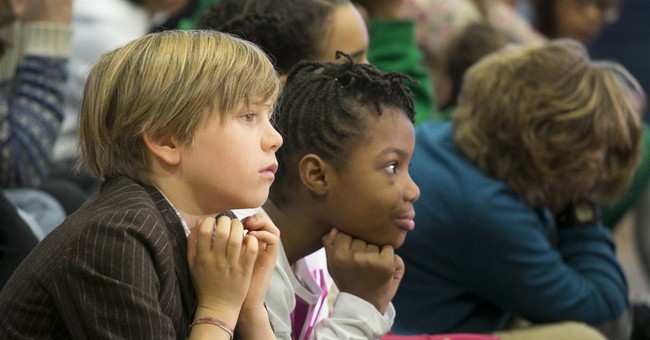 Only four countries spend more money on education per student than America. Despite being a ravenous consumer of taxpayer funds, a Rasmussen Report released Friday revealed most Americans are oblivious of the hefty price tag:

Voters continue to agree that taxpayers are not getting a good return on their investment in education and are not inclined to think spending more will make any difference.

A new Rasmussen Reports national telephone survey finds that just eight percent (8%) of Likely Voters are aware the United States on average spends about $11,000 on education per student per year. Forty-five percent (45%) believe the country spends less than that amount, including 36% who believe it spends $7,000 or less. Another nine percent (9%) believe the country spends more than $13,000 per student per year. A sizable 38%, however, say they're not sure how much the nation spends on the average student.

The $1.1 trillion omnibus bill recently passed by Congress provides $71.2 billion to the Department of Education. An increase of 3.1 percent from 2012. The spending increase is largely linked to President Obama’s push for major K-12 reforms.