FiveThirtyEight Has a Curious Take on Wisconsin's Senate Race 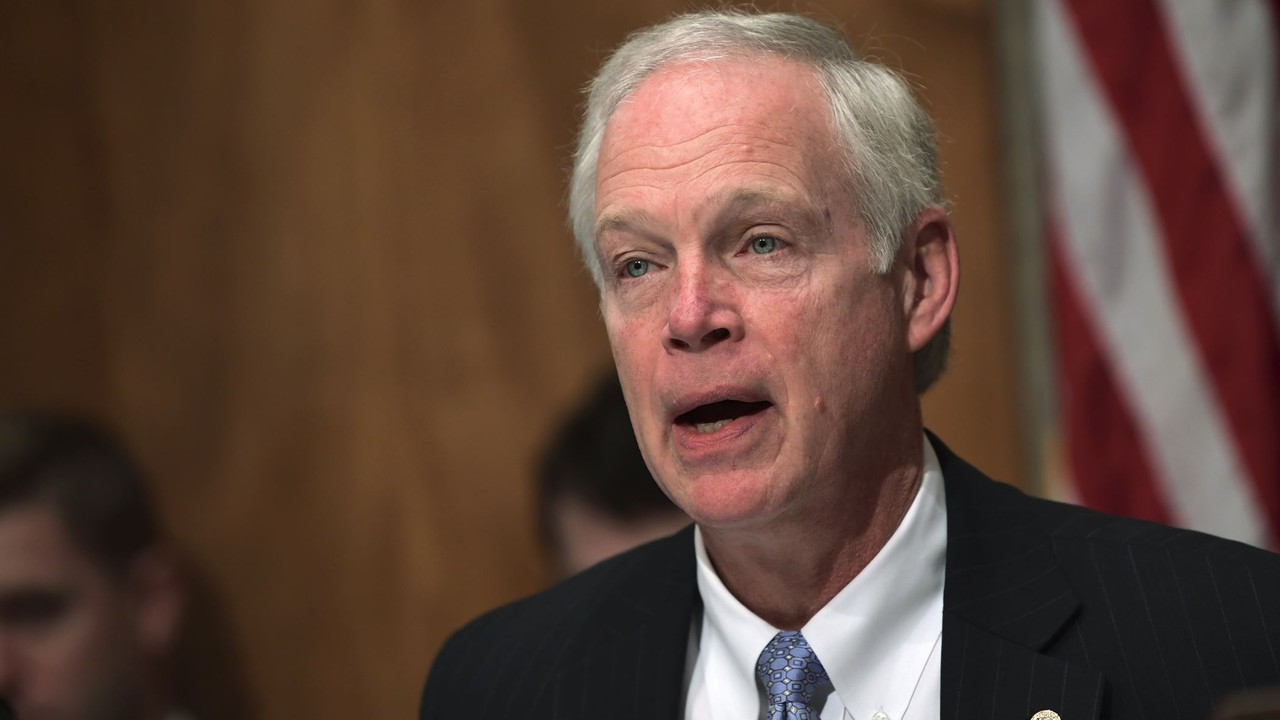 Earlier on Thursday, Guy published his analysis on the Wisconsin races, specifically Sen. Ron Johnson (R-WI). Although Sen. Johnson has been considered something of a vulnerable incumbent, polls show he's doing all right, especially when it comes to gains he's made. Gov. Tony Evers (D-WI), while leading, is doing so by slim margins, and his support has even decreased in some polls. He's not where he wants to be.

It's somewhat befuddling, then, that FiveThirtyEight would claim that the polls are favoring Democrats, and there's not enough to go on. Seriously. "Wisconsin Polls Look Good For Democrats, But We Need More Of Them," a Tuesday post from Nathaniel Rakich read.

When it comes to the amount of polls, as of the morning of September 20 there had been 10 out of Wisconsin. This stands in stark contrast to most of the 11 total states highlighted, especially Florida, where there had been 32 polls as of that date. Only Colorado had fewer, with 9 polls at that time.

So the second part of Rakich's headline does make sense when it comes to the context he provides.

Rakich highlights how the lack of enough polls meant they couldn't generate an average in the race between Johnson and his Democratic opponent, Mandela Barnes, who currently serves as the state's lieutenant governor. As of Tuesday, they had Barnes with a slight lead, of 48.7 percent to Johnson's 47.5. That's just 1.2 percent, within any margin of error.

That Senate seat forecast, having been updated as of Thursday evening, though, gives Johnson a chance of 58 in 100 chance of winning, and a 50.7 percent lead to Barnes' 49.3 percent when it comes to winning the popular vote.

Rakich also went on to highlight in his piece how chances are not so bad for Johnson after all:

That said, the “Deluxe” version of the forecast — which in addition to polls factors in non-polling “fundamentals” and expert ratings — gives Johnson a 56-in-100 chance of winning. That’s because those other factors simply aren’t as good for Democrats as the polling. While about half of the Deluxe forecast is based on polls, about a third is based on race ratings from experts like those at the Cook Political Reportand Sabato’s Crystal Ball, and one-ninth is based on fundamental factors like partisanship, candidate quality and fundraising. Those expert ratings say (on average) that the race tilts Republican, and those fundamentals suggest Johnson has about a 1-point lead.

Since then, though, we have gotten four new polls that have averaged out to a 1-point Johnson lead. That suggests the race could be shifting in Johnson’s favor, especially since one of the more recent polls came from a pollster — Marquette — that had previously given Barnes a healthy lead. In this case, Marquette found that Johnson had gained 4 points — and Barnes had dropped 4 points — in the span of a month.

That shift could be because Republicans have blanketed television airwaves with attack ads since Barnes won the Democratic primary on Aug. 9. The ads have focused primarily on crime, which according to Marquette is the second-most concerning issue to Wisconsin voters. The ads, which highlight Barnes’s support for ending cash bail and tie him to the “defund the police” movement, have also been criticized for being racist dog whistles.

The criticism Rakich cites for being "racist dog whistles" comes from Phillip Jackson at HuffPost, and thus is hardly worth taking seriously. It's a distraction at best.

Jackson hones in on arguments about cash bail as they apply to Darrell Brooks,  who has been accused of plowing bis SUV into the Waukesha Christmas parade last year, killing six and injuring dozens. He was out on a laughably low bail amount of $1,000 and is facing more charges, in addition to this murder charge, for allegedly running over the mother of his child with the same car.

Here's how Jackson begins his piece. Notice the language he uses:

On Sept. 2, the National Republican Senatorial Committee began airing a $1.2 million advertisement online and television attack ad against Mandela Barnes, the Democratic for Senate candidate in Wisconsin, with powerful footage that was likely painful for many people in the state: a car plowing into a crowd gathered for a Christmas parade in Waukesha last winter. Six people died and 62 were injured.

What's "likely painful for many people in the state" is how he refers to "a car plowing into a crowd," as if it drove itself. Brooks isn't mentioned until the second paragraph, after Jackson claims the ad was an "exploitation of the tragedy."

Stunningly, there's no mention in Jacob Blake in Jackson's piece, an incident which Barnes lied at great length about. There's also no mention of the lies Barnes told about his police officer endorsements.

As Guy highlighted in his piece:

As Lt. Governor, Barnes made reckless and inaccurate comments in the wake of the Jacob Blake shooting, which was distorted early and often. His incendiary remarks about the police echoed throughout the state as the city of Kenosha burned, lit aflame by rioters.  The state's response was weak, and the chaos dragged on.  Businesses and lives were destroyed.  People died.

Barnes is so hostile to law enforcement, and embraces such extreme pro-criminal policies, that his campaign could not fine one single active police officer in the entire state willing to support his campaign. Not one...

It's also worth mentioning that also on Tuesday, a CD Media Big Data poll was released, which showed Johnson leading by 3.2 percentage points, at 49.2 percent to Barnes' 46.0 percent. The poll's release also highlighted Wisconsin trends and how Johnson is doing particularly well among Independents those more likely to vote:

“The Badger State is a must-hold for Republicans if they intend to retake control of the U.S. Senate,” Big Data Poll Director Rich Baris, stated. “That being said, Ron Johnson appears on track to repeat a performance somewhat comparable to his re-election victory in 2016.”

“Our inference models have shown a clear and consistent trend toward Republicans in Wisconsin over the last six years or so,” Baris added. “In 2020, the Republican advantage was far larger than most—to include myself—had anticipated.”

“The major difference this year is that self-identified independent voters are backing Johnson and other Republicans.”

Forecasters have also given Johnson something of an edge. Sabato's Crystal Ball regards it as "Lean Republican," while Inside Elections regards it as "Tilt Republican." Decision Desk HQ regards the race as "Likely Republican" and even gives Johnson a 93.6 percent chance of winning re-election. RealClearPolitics has Johnson up by a spread of +0.5

Guy's piece, where the headline wondered if Johnson is "now the favorite," regards Johnson as the "slight frontrunner," mentioning the role played by how "voters continue to learn more information about his opponent." It's also important to note, as Guy does, that Johnson's previous electoral history is relevant and impressive, because he first won this seat in 2010, when he beat the incumbent, then Sen. Russ Feingold. He beat him again in 2016.

Why, then, does Rakich go with the headline that he does? Clickbait? To protect Democrats? It's all possible, and would be a prime example, especially as we increasingly see forecasters trying to play down Republican chances now that we're so close to the upcoming November midterms.

The Final Q2 GDP Report Is Here and It's Not Good

'It's Called Shut the F**k Up': Cop Wasn't Having Any of the Citizen Policing From This Motorist
Townhall
Tom Elliott's thread of 'climate scientists' like Joy Reid and Mika Brzezinksi explaining how MAN is to blame for hurricanes a real humdinger (watch)
Twitchy
Kamala Harris Makes a Major Gaffe While Visiting the DMZ
Redstate
The Morning Briefing: Fascist Creep Factor for Biden's DOJ Gets Worse Every Day
PJ Media