Radical Abortion Up Until Birth Bill Defeated in Senate, Thanks to Filibuster and Joe Manchin

On Monday night, the U.S. Senate voted 46-48 for the so-called Women's Health Protection Act, which will not only codify Roe v. Wade into federal law, but would override virtually every pro-life law at the state level, thus allowing for unrestricted abortion up until birth. While the radical legislation could not overcome the filibuster, it would have been a close vote without it in place.

Sen. Joe Manchin (WV) was the only Democrat who voted against allowing the bill to proceed for debate. Shortly before the vote took place, Sam Runyon, Manchin's communications director, emailed Townhall that "Senator Manchin's position has not changed," reaffirming his stated pro-life position.

As I covered recently, however, Sen. Bob Casey Jr. (PA), had previously come out in support of moving forward, and cast his vote accordingly. Casey has portended to be a pro-life Democrat, though his voting record surely suggests otherwise.

The desperation of Schumer and pro-abortion Democrats was on full display, as the majority leader spoke of a "domino effect" of pro-life laws being passed in states across the country.

"In the last year alone, we saw the most abortion restrictions passed in a single year," Schumer said, highlighting the momentum and success of the pro-life movement. He then went on to shockingly and falsely claim that "these new restrictions largely fly in the face of public opinion, common sense, and frankly, common decency."

Schumer's statements not only underscore the disturbing reality of late-term abortion, but also fly in the face of numerous polls, including an annual Knights of Columbus/Marist poll that was most recently released last month.

The bill also had support from the White House, as expressed multiple times by White House Press Secretary Jen Psaki.

The level of abortion extremism that this law would bring to this country, which already has some of the most relaxed abortion laws in the world, was not the only issue at hand.

The Senate should be voting to increase energy production in America to lower the cost of gas and damage Putin's finances.

Instead, Chuck Schumer is forcing a vote to make late-term abortion the law of the land.

There’s a lot going on in the world right now, and here at home, Senate Democrats are voting on a bill that would declare unlimited abortion a fundamental right and nullify pro-life state laws across the country. Total extremism, pitched as a total necessity.

With the world in crisis, Democrats focus on extreme and unpopular abortion bill: https://t.co/1zyAjntMEQ @LeaderMcConnell delivered the following remarks today on the Senate floor regarding radical pro-abortion legislation: https://t.co/RYpEf3P6M9

It also speaks to a failure of priorities that Democrats would be focusing on expanding abortion extremism with everything else that is going on in the world.

Further, as National Review Online's Alexandra DeSanctis and John McCormack pointed out, many Democrats speaking on the Senate floor in favor of the vote eliminated the biological role of "woman" or "women" when it comes to pregnancy.

Further, as the bill's text reads at one point, highlighting only one of many extreme far-left narratives expressed in the legislation:

The vote from almost all of the Senate Democrats did not go unnoticed by Republicans. All Republican senators voted against it. Many released statements beforehand. Some joined Sen. Steve Daines (MT) beforehand for a press conference, who founded the Senate Pro-Life Caucus in 2019.

Sen. Daines also spoke passionately on the Senate floor against the bill, challenging a point made during the press conference, noting that the "many life-saving state laws currently in effect that limit abortion... enjoy broad support from Americans I might add."

"If there was any remaining doubt, tonight’s vote makes clear that Joe Biden and Democrats are absolute abortion extremists. From endorsing taxpayer-funded abortion up to the point of birth to opposing even the most commonsense pro-life protections, Democrats’ abortion fanaticism is at odds with the vast majority of Americans. Voters will hold them accountable in November," a statement from RNC Ronna McDaniel issued on Monday vote read.

Republicans, meanwhile, remain united in their support for the pro-life cause. In addition to their voting records, the GOP has highlighted abortion extremism from the Democrats and has engaged in campaigns such as "Save Hyde" from the Republican Study Committee (RSC). This is key as Democrats sought to get rid of the Hyde Amendment, a budget rider that has passed since 1976 with bipartisan support to protect taxpaying Americans from having to fund elective abortions. President Joe Biden, up until he ran in the Democratic primary in 2019, was one of those Democrats on the record enthusiastically supporting Hyde.

While Democrats have appeared to prioritize abortion expansion for the upcoming issue, this does not look to be a winning issue for them. As I previously covered during the weekend of the March for Life last month, Barbara Carvalho, the director of Marist Poll shared during a press call to present that Knights of Columbus/Marist poll that the intensity factor favors the pro-life position. 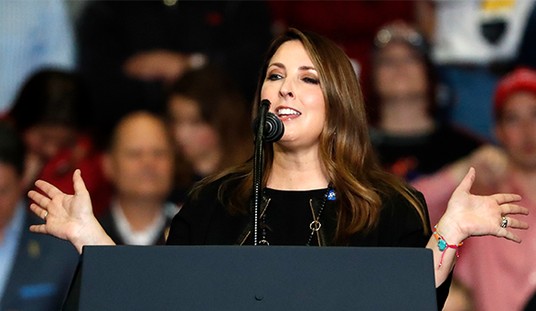