While Thousands Were Marching for Life, Here's What Democrats Have In Mind 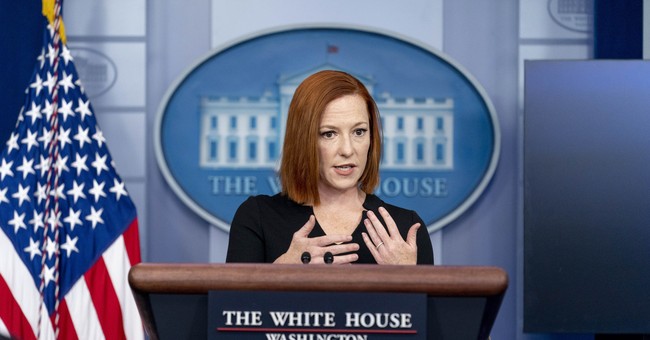 On Friday, thousands braved the freezing temperatures in Washington, D.C. to participate in the 49th annual March for Life. The event takes place each year to coincide with the anniversary of Roe v. Wade, a U.S. Supreme Court decision from January 22, 1973 that legalized abortion on demand in all 50 states. Since then, over 63 million unborn children have lost their lives to abortion.

While the anniversary is on Saturday, the DNC wasted no time and issued a statement on Friday, from Chair Jaime Harrison and Women Caucus Chair Lottie Shackelford:

"For the past 49 years, Roe v. Wade has ensured that every person has a right to safe and legal abortion. Unfortunately, Republicans have undertaken an effort to dismantle Roe’s legal precedent, putting abortion access at great risk. We cannot let abortion bans and restrictions, which exacerbate existing health care inequities for communities of color, go unchallenged," the statement began.

It could not bring itself to reference that "effort" by name, which includes Dobbs v. Jackson, a case examining the constitutionality of pre-viability abortion bans, in this case, a Mississippi law that bans most abortions past 15 weeks. TheSupreme Court heard oral arguments last month, and both sides have acknowledged that Roe could very well be overturned. A decision is expected in June.

"With relentless attacks on access to abortion, the urgency of protecting abortion access by codifying Roe has never been greater. We commend House Democrats for passing Congresswoman Judy Chu’s Women’s Health Protection Act and the president for leading a whole-of-government effort to resist further incursions upon reproductive freedom," the statement continued. "Personal health care decisions should remain between a person and their doctor, and Democrats are committed to fighting for this constitutional right. As we look ahead to November, it is clear that reproductive health care is on the ballot, and Republicans will have to answer for the war they’ve waged on the constitutional right to abortion access."

This is pure evil.

Jen Psaki says Biden is “continuing to work with Congress” to pass a bill that removes nearly ALL restrictions on abortion, imposing abortion up until birth.

Before she took questions, she spent a considerable amount of time covering abortion:

Tomorrow also marks the 49th anniversary of the Supreme Court’s landmark ruling in Roe v. Wade.  Reproductive health care has been under extreme and relentless assault ever since, especially in recent months.  It has been nearly 150 days since women in Texas have been denied these constitutional rights.

We are deeply committed to making sure everyone has access to care and we will defend it with every tool we have.  That includes continuing to work with Congress to pass the Women’s Health Protection Act and codify this fundamental right into law.

In the meantime, the administration has taken a range of important actions, from repealing the global gag rule to strengthening the Title X Family Planning Program.  Today, HHS announced additional Title X grants, and there will be further announcements coming from HHS later today as well.

This is a moment for us to recommit to strengthening access to critical reproductive healthcare, defend — defending the constitutional right established by Roe, and protecting the freedom of all people to build their own future.

The legislation in question would repeal virtually every piece of pro-life legislation at the state level, which is where record-level successes have been made in the past year.

Just as the Biden administration is prone to repealing state control of elections when it comes to pushing what they claim to be "voting rights" legislation, it also is seeking to exercise federal control over states that seek to pass pro-life legislation.

Fearing and acknowledging that the Supreme Court could overturn Roe, Democrats appear to be demanding nothing less than the codifying of Roe v. Wade into law.

The White House released a statement from both President Joe Biden and Vice President Kamala Harris on the actual anniversary:

The constitutional right established in Roe v. Wade nearly 50 years ago today is under assault as never before. It is a right we believe should be codified into law, and we pledge to defend it with every tool we pos sess. We are deeply committed to protecting access to health care, including reproductive health care—and to ensuring that this country is not pushed backwards on women’s equality.

In recent years, we have seen efforts to restrict access to reproductive health care increase at an alarming rate. In Texas, Mississippi, and many other states around the country, access to reproductive health care is under attack. These state restrictions constrain the freedom of all women. And they are particularly devastating for those who have fewer options and fewer resources, such as those in underserved communities, including communities of color and many in rural areas.

The Biden-Harris Administration strongly supports efforts to codify Roe, and we will continue to work with Congress on the Women’s Health Protection Act. All people deserve access to reproductive health care regardless of their gender, income, race, zip code, health insurance status, immigration status, disability, or sexual orientation. And the continued defense of this constitutional right is essential to our health, safety, and progress as a nation.

We must ensure that our daughters and granddaughters have the same fundamental rights that their mothers and grandmothers fought for and won on this day, 49 years ago—including leaders like the late Sarah Weddington, whose successful arguments before the Supreme Court led to the landmark Roe v. Wade decision in 1973.

At this pivotal moment, we recommit to strengthening access to critical reproductive health care, defending the constitutional right established by Roe, and protecting the freedom of all people to build their own future.

That the statement did not actually mention "abortion" and dared to use gender-specific language like "daughters" and "granddaughters" certainly angered those on the left that would deny the biological reality that only women can get pregnant and have abortions.

also how are you talking about women, mothers, and grandmothers like trans and nonbinary people don't exist?

come the fuck on man

Another tactic for the Democrats has been to make abortion an issue for the November midterm elections, as was communicated at the close of Harrison and Shackelford's statement. "

Polling shows that the Democratic position of unlimited abortion up until birth paid for by taxpayers is an unpopular position. On Thursday, Madeline covered the results of a Marist/Knights of Columbus poll revealing as much.

One such takeaway from the poll is that a supermajority of respondents (71 percent) believes abortion should only be limited in certain circumstances and/or during a certain point in pregnancy. Almost half of Democrats (49 percent) hold this view.

Democrats may be overplaying their hand by making abortion such an issue for November. During a media call for the poll's presentation, Barbara Carvalho, the director of Marist Poll shared that the intensity factor favors the pro-life position.

Further, Fox News released a poll on Friday that showed while a majority still support letting Roe v. Wade remain, opposition to it is at a new high. As I've covered before, though, such high support may be because people don't understand how far-reaching Roe goes.