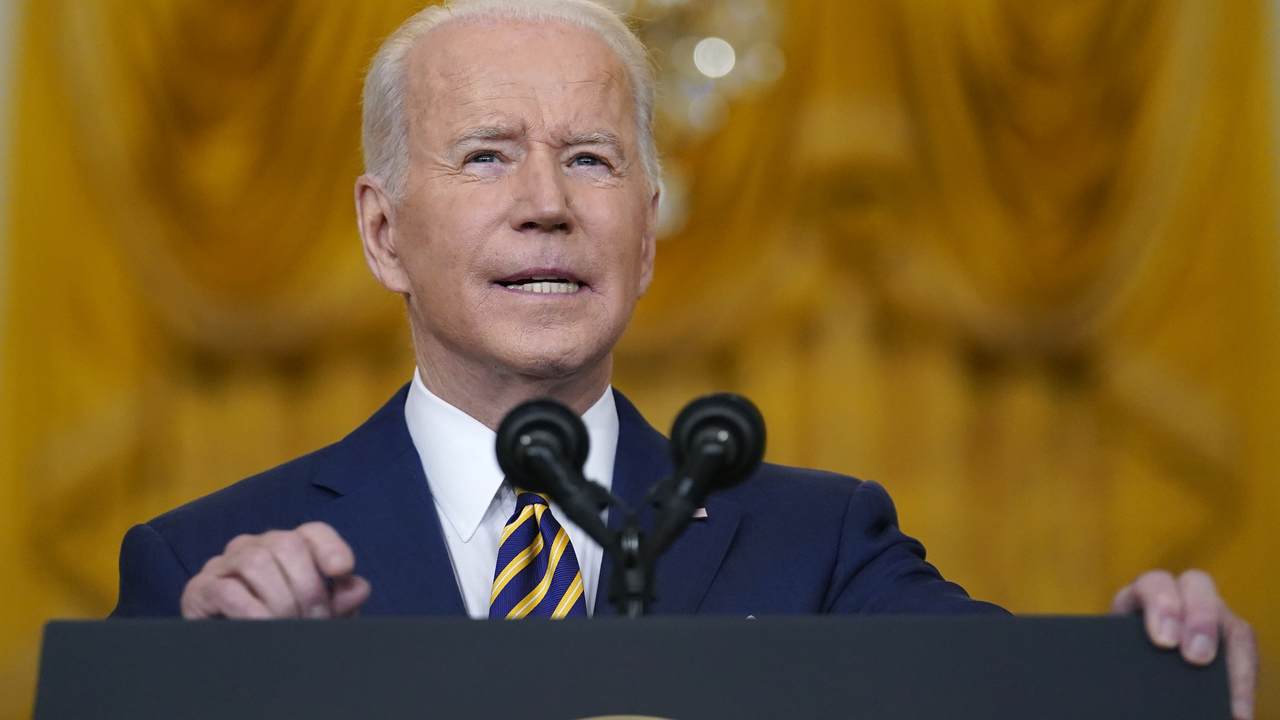 There were many particularly bad moments from President Joe Biden's press conference earlier on Wednesday, including and especially because he refused to sufficiently answer many of the questions asked of him. What answers he did give, though, were noteworthy. For instance, there were memorable lines of "I don't believe the polls" and that he "didn’t overpromise," but instead "outperformed."

McClatchy White House correspondent Francesca Chambers had asked the president "how do you plan to win back moderates and independents who cast a ballot for you in 2020, but polls indicate are unhappy with the way you're doing your job now?"

The president's answer amounted to "I don't believe the polls." While it was late into the press conference, and Biden was looking to get out of there, that's not a response. Such disdain for moderates and independents could prove to be Biden's folly, who also indicated during the press conference that he does plan to run for re-election in 2024, with Vice President Kamala Harris on the ticket once more.

Moderates and independents were indeed a key factor in how Biden got elected in 2020, voting blocs which are key to victories, as they have also been for past presidents.

As I wrote in another VIP piece, from August:

A November exit poll analysis from The Washington Post regarded Biden's win with Independents/Others as one of the "the biggest demographic shifts in the 2020 election."

"While Trump won over independents by four points nationally in 2016 against Democratic nominee Hillary Clinton, Biden saw one of his largest pickups among that group — winning a 54 percent majority of independents, a 12-point rise from Clinton’s 42 percent showing in 2016," the analysis goes on to note.

Such an analysis from CBS News also made note of how Independents voted. A section titled "Independents: Big shift to Biden," noted that "Independents went narrowly for Mr. Trump in 2016 (by 4 points) but swung to Biden this year. He won with a 14-point lead among them nationally," which was "the largest margin recorded among this group since Bill Clinton won independents in his reelection bid in 1996."

Such a piece of mine, from August 28, highlighted how Biden has been hemorrhaging support from Independents in the polls, and he's been losing support since then. An October 23 piece of mine highlighted coverage from Gallup and FiveThirtyEight speaking to such loss of support.

There's a few ways of looking to how Biden is failing in the polls, with one being his approval and disapproval numbers, as well as his support among voters by demographic, including political party. Another way is how many voters believe the country is on the right versus wrong track, or similar phrasing of that question.

On Sunday, CBS/YouGov released the results of their poll. This poll showed that his approval is at 44 percent among respondents, while 56 percent disapprove. For moderates, that number is split evenly 50 percent to 50 percent. For independents it's 35 to 65 percent.

The poll also showed that a majority believe the country is doing "somewhat badly (36 percent)" or "very badly (37 percent)."

In another question, just 36 percent said they felt Biden's actions have been "unifying," despite how the president has consistently claimed he has sought to be such a "unifying" figure.

This CBS/YouGov poll also revealed that a plurality of voters, at 39 percent believe that Biden and Democrats are focusing on issues "you don't care about."

When it comes to issues, the only one where the president received a majority of support was on his handling of "Coronavirus vaccine distribution," 52 to 48 percent. It's worth noting that that approval rating has certainly decreased over the months.

Biden and Democrats also received low marks in that for virtually every issue listed, a plurality or majority of voters said Biden's policies were making it "worse" for them. The exception was the 41 percent of respondents said Biden was making their finances "worse" while 41 percent also said "no impact either way."

Similarly, a plurality or majority of voters for virtually every issue listed said the Biden administration was focusing "not enough" on important issues.

The RCP average from that same time frame also has Biden at a 40.9 percent approval rating and a 53.3 percent disapproval rating.

FiveThirtyEight, which the White House has actually touted, despite the president's approval rating consistently being underwater by that metric for sometime as well, shows that Biden has a 41.9 percent approval rating and 52.5 percent disapproval rating.

As delusional as Biden may be in claiming that he "didn't overpromise" but instead that "I have probably outperformed what anybody thought would happen," it at least furthers the point that "I don't believe the polls."