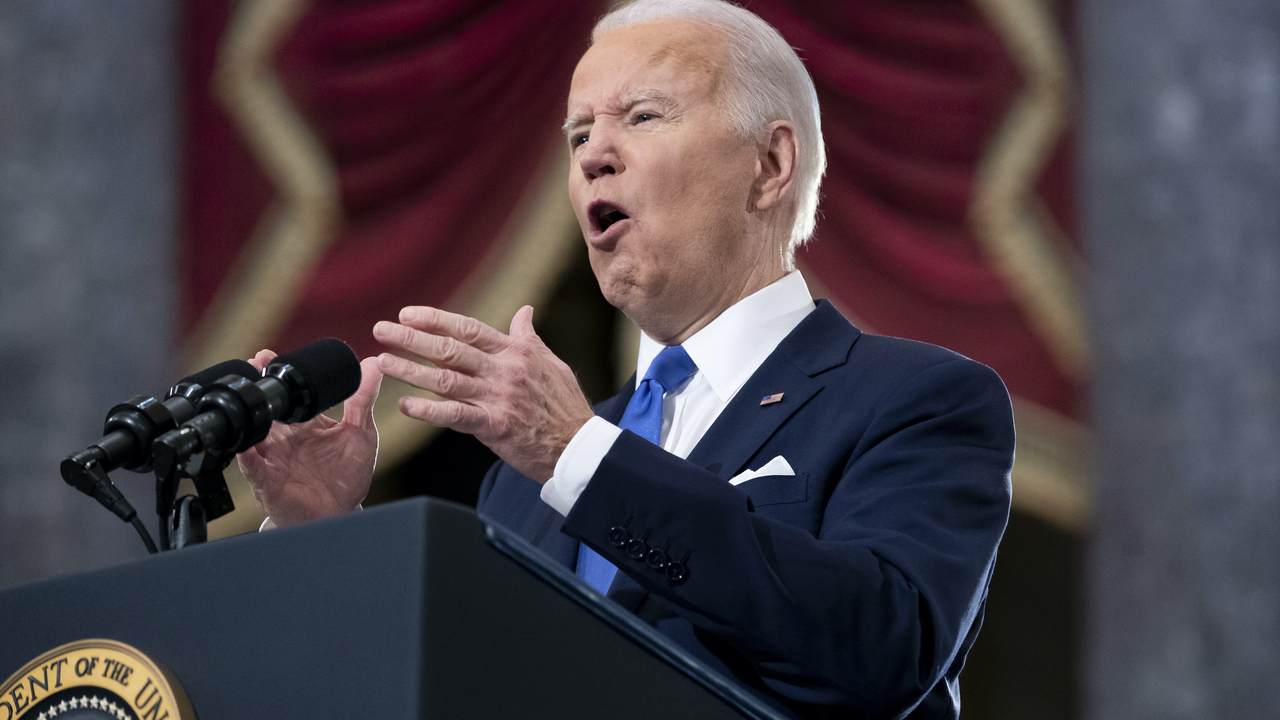 Earlier this week, as Spencer highlighted, President Joe Biden had his worst poll yet when Quinnipiac revealed he had just a 33 percent approval rating. Considering it's the lowest it's ever been, many are calling it an outlier. This includes a memo from the White House, which, in doing so, still highlighted how unpopular the president is. It's a move that CNN's Chris Cillizza in his latest analysis called "baffling."

The memo, which Cillizza says came Thursday night from deputy White House chief of staff Jen O'Malley Dillon, highlights the FiveThirtyEight average approval rating of 43 percent for Biden. As in the memo talks up how Biden's approval ratings are still deeply underwater. As of Saturday night it's at 42.2 percent.

There's some winning about how Quinnipiac is not only an outlier this time but has been an outlier other times, the issue supposedly being how they conduct their polls by allowing respondents to be undecided.

Quinnipiac finds a higher share of “don’t knows” than other major polling organizations. In this most recent poll, their “don’t know” share was 11% while the 538 average was 6%. This is likely in part because Quinnipiac still exclusively uses a method called RDD (Random Digit Dialing, calling phone numbers at random) to collect data, a method which many major organizations have abandoned. This method makes it easier for respondents to be undecided on the President’s jobs rating. As CNN wrote in October: “Some pollsters push harder than others to prompt wavering respondents to share which of the options they're leaning toward.” This method is more at risk of response bias issues.

The memo also specifically harps on Biden's approval ratings on the Wuhan coronavirus. Quinnipiac has trended on the lower end of other polls with this issue as well, but that's not the point. The glaring point is that Biden is now underwater on an issue which used to be his best.

In closing, there's a tiring rant about all the progress Democrats have supposedly made during Biden's first year in office.

Now Cillizza was not buying the above explanation of how Quinnipiac polls respondents. In response he wrote:

But, take a step back here. This is the Biden White House fighting to make sure that roughly four in ten people approve of the job the President is doing -- as opposed to one in three approving. Even if we take Dillon at her word -- and I think we should! -- then Biden is in rough shape politically.

As Cilliza reminded readers of once again when it comes to a point that keeps coming up, the only president who fared worse in the polls during around the same time in their term was Donald Trump.

It's also worth adding that Biden had the largest fall in the polls when it comes to a president's first and then third quarters.

Biden's poll numbers are bad. That's not new. But the White House is arguably making them worse. As I keep reminding, and Cilliza does too, this doesn't bode well for Democrats in the 2022 midterm elections.

The president's party almost always loses seats during his first midterm election, an exception being in 2002, when George W. Bush was president and enjoyed a high approval rating with the country united after September 11, 2001.

Biden's approval ratings are god awful. And the Democrats have such narrow majorities in the House and Senate as it is.

Cillizza has added the caveat that if the poll numbers change before November, perhaps it won't be so bad. He's conceding now though that there's less and less time. In this latest analysis he wrote:

...being in slightly better polling shape than Trump is nothing for Biden to brag about. A 43% job approval score, if it holds all the way through November -- and there is some evidence that this is not an exception but rather the rules for Biden at this point -- Democrats are very likely to lose the House and no better than 50-50 shot to keep their Senate majority.

It's also worth pointing out that this is not the only times the Democrats have promoted poor polls with a specific spin to suit their agenda of highlighting that at least things are not so god awfully terrible.

Last month, the DNC War Room sent out an email touting a Monmouth poll showing 61 percent of respondents supported what was ultimately the ill-fated Build Back Better Act. That same poll showed Biden with a 40 percent approval rating and 50 percent disapproval rating.