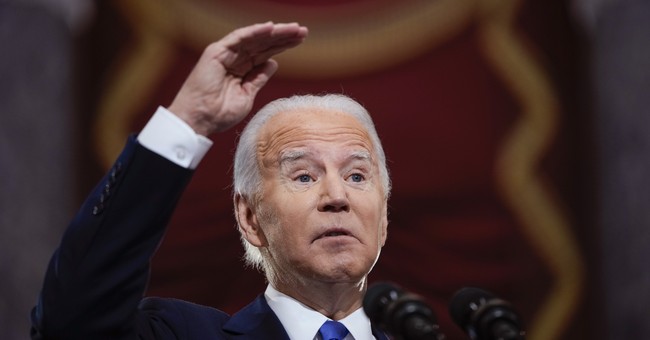 When it comes to party preference among Americans, a new report published by Gallup on Monday showed that 2021 saw Democrats lose their advantage against the GOP in just one year. The Dems began 2021 with a new president, control of Congress, and a nine-point lead — 49 to 40 percent — over Republicans. By the end of 2021, that all had evaporated and Republicans seized the lead 47 to 42 percent, a five-point disadvantage for Democrats.

Calling the change over the course of 2021 a "dramatic shift" in party preference, Gallup's findings are an aggregation of some 12,000 phone surveys it conducted over the course of the year, in which respondents are asked whether they identify as Democrat, Republican, or independent. Those who say independent are then asked which party they lean toward, and they are then factored into that party's total. So what Gallup's switch in party preferences shows is something numerous other polls have reported: Independents are leaning more toward the GOP than Democrats, and that's more bad news for Democrats in a midterm year.

The flip in party preference wasn't just a slim reversal, either. According to Gallup's report on the numbers, "[b]oth the nine-point Democratic advantage in the first quarter and the five-point Republican edge in the fourth quarter are among the largest Gallup has measured for each party in any quarter since it began regularly measuring party identification and leaning in 1991." And that means Biden and other Democrats started with what was their largest margin since 2012 when President Obama won a second term in office, and ended with the GOP enjoying its largest advantage since 1995, the year Republicans took control of the House of Representatives for the first time in more than four decades.

How did Democrats manage to squander their advantage? Gallup has thoughts:

A summer surge of infections tied to the delta variant of the coronavirus made it clear the pandemic was not over in the U.S., and Biden's approval ratings began to sag. Later, the chaotic U.S. withdrawal from Afghanistan caused Biden's ratings to fall further, into the low 40s. His ratings remain low as the U.S. battles rising inflation and yet another surge of COVID-19 infections, tied to the omicron variant of the virus.

It's obvious why fewer Americans want to identify with or prefer Democrats. On the flip-side, Republicans took advantage of 2021 and won key victories that made the GOP jump ahead of Dems in party preference toward the end of the year:

These fourth-quarter shifts coincided with strong GOP performances in 2021 elections, including a Republican victory in the Virginia gubernatorial election and a near-upset of the Democratic incumbent governor in New Jersey. Biden won both states by double digits in the 2020 election.

Most even casual observers would likely be unsurprised that President Biden has not been great for the Democrats' brand. From botched foreign policy to domestic issues like the broken supply chain to runaway inflation he tried to dismiss as transitory, chaining oneself to Biden doesn't seem very appealing.

When considering other Democrats, national figures including House Speaker Nancy Pelosi (D-CA) and Senate Majority Leader Chuck Schumer (D-NY) aren't exactly visages of successful or efficient governance either. Both have failed repeatedly to get even enough of their own party's members on board with the Dems' radical agenda.

On a smaller level, Democrat leaders such as governors and big city mayors have bungled their response to the Wuhan coronavirus, defunded police, and taken the side of teachers unions over parents and students — all of which surely also contributed to the GOP's end-of-year surge ahead of Democrats for party preference.