As If We Needed Another Reason to Miss Trump, Biden is Blowing it with Abraham Accords 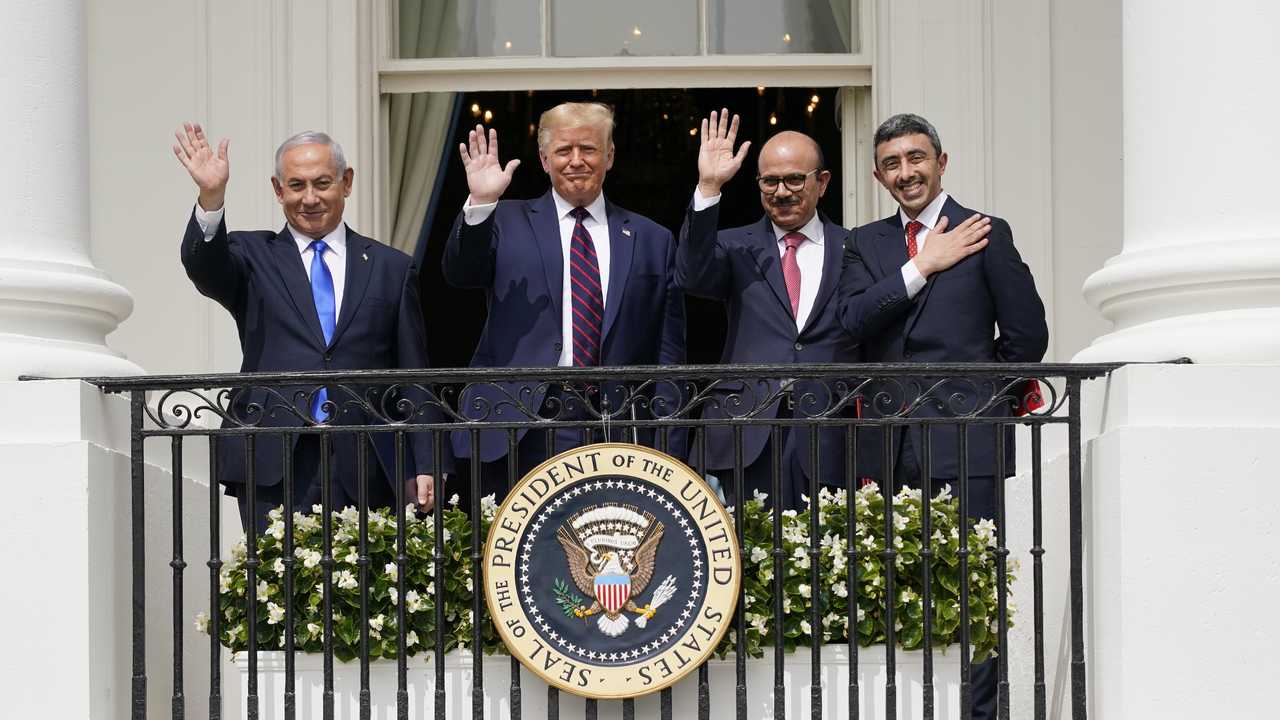 A particularly memorable and historic accomplishment from the Trump administration involved the Abraham Accords, which entailed normalized relations between Israel and other Middle Eastern countries, including United Arab Emirates (UAE) and Bahrain. Sudan and Morroco also made pronouncements that they would deepen ties with Israel. And yet President Joe Biden seems to have squandered the opportunity.

Despite former President Donald Trump leaving office after one term, the successes of the Abraham Accords have not been vanquished. As Katie reported on March 1, "Abraham Accords Prevail: UAE Ambassador Arrives in Israel for the First Time."

And, as Laura Kelly recently reported for The Hill:

“I have to say that it exceeded my expectations,” Ghaith al-Omari, a senior fellow with the Washington Institute who served as an adviser on Palestinian negotiations between 1999 and 2001, said of the success of the accords.

“Relations are going strong, embassies are being formally established, economic relations are just only growing … certainly we’re seeing a momentum," he added.

Sec. of State Mike Pompeo and Jared Kushner, who is the son-in-law and former senior adviser to Trump, will be traveling to Jerusalem next week to celebrate the one-year anniversary with Israeli officials, Kelly noted. She also added that former U.S. Ambassador to Israel David Freidman will be there to inaugurate the Friedman Center for Peace through Strength.

Pompeo, who also traveled with Kushner throughout the region during the Trump presidency, has called out the Biden administration for not embracing the accords more.

It is beyond unexplainable that the Biden administration is distancing America from this noble effort of the Iraqi people to normalize relations with Israel. We should pray for their efforts, not shun them. #AbrahamAccords. https://t.co/O3yuaI06ad

Yet the Biden administration doesn't seem interested. Katie also reported in May that White House Press Secretary Jen Psaki told a reporter that they "are not following the tactics of the prior administration. Aside from putting together a peace proposal that was dead on arrival, we don't think they did anything constructive to really to bring an end to the longstanding conflict in the Middle East."

It's worth noting that Kushner was nominated for a Nobel Peace Prize for his role in the Abraham Accords.

Kelly also pointed out how it could help Biden:

The Biden administration has made little progress in advancing normalization agreements between Israel and Arab and Muslim-majority countries more than one year since they were first established under the Trump administration.

Supporters of the agreements, called the Abraham Accords, say President Biden is missing a key opportunity on an issue that enjoys rare bipartisan support in a polarized and hyper-partisan Congress.

They add that the president can reap tangible successes in the Middle East, including on improving conditions for Palestinians, while taking ownership of a Trump foreign policy success.

And on the note of bipartisanship, Kelly also points to the Israel Relations Normalization Act of 2021. It's sponsored by a Democrat in the House, Rep. Brad Schneider (IL), and a Republican in the Senate, Sen. Rob Portman (OH).

According to an April 21 press release from Rep. Schneider's office, "The bill builds upon the success of the Abraham Accords, the peace and normalization agreements between Israel and the United Arab Emirates, Bahrain, Sudan, and Morocco, by stating U.S. policy is to expand and strengthen these normalization agreements while requiring coordination throughout the Administration."

While Psaki had harsh words about those "tactics of the prior administration," Kelly cites Sec. of State Antony Blinken as having made assurances they would continue what they deemed "successful efforts" after all:

Biden officials say they are engaged in efforts to expand the accords by adding in new countries. Secretary of State Antony Blinken last month hosted a Zoom call with his counterparts in Israel, the UAE, Bahrain and Morocco celebrating the one-year anniversary of the accords.

“This administration will continue to build on the successful efforts of the last administration to keep normalization marching forward,” Blinken said.

But al-Omari, of the Washington Institute, criticized this event as “muted.”

“It is a fact that the Biden administration has not been, very robustly, involved in building on these accords,” he said.

"The stalled progress is likely to give ammo to Republicans ahead of the 2022 and 2024 elections, who seek to skewer the Biden administration over its policy of rapprochement with Iran and reestablishing ties with the Palestinians that were severed under Trump," she wrote.

Republicans can add this to the list of one more thing they have against Biden it looks like, then.