Everyone Is Wondering What Trump's Statement Means 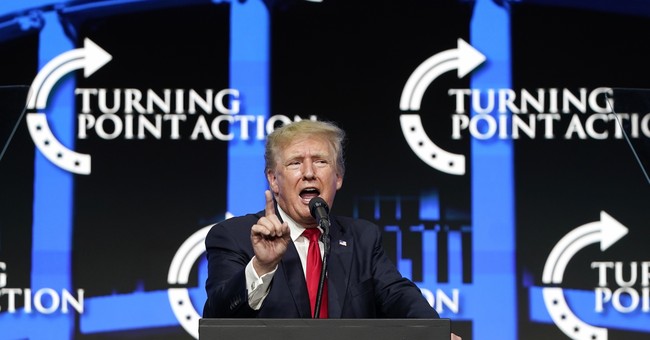 Former President Donald Trump has sent out multiple statements on Wednesday already, but the one raising the most questions is his first one of the day. "BULLIES NEVER FIGHT," it read.

The former president says in an email just now and without any context whatsoever that "BULLIES NEVER FIGHT!" which could refer to any number of things.

Some took to Twitter to speculate the meaning. At least one user quipped it could refer to a fortune cookie message.

Trump sent out a statement this morning that just says "BULLIES NEVER FIGHT!" with no context (all caps his).

I have no idea what this is in reference to--could be any number of things. Maybe he had Chinese last night and this was fortune cookie message?

In reporting on the "cryptic" statement The Washington Examiner pointed out that it comes as Gov. Andrew Cuomo (D-NY) announced on Tuesday he will be resigning in 14 days, which Trump has not yet directly weighed in on, surprisingly:

The message comes following New York Gov. Andrew Cuomo's announcement he will resign after a series of sexual harassment allegations were deemed credible in an investigation by New York Attorney General Letitia James. Trump, who is often eager to offer his opinions about similar political developments, has yet to comment on the governor's resignation and has given no indication that the statement is in reference to Cuomo.

Other Wednesday statements from Trump discuss the $1.2 trillion infrastructure package which passed the Senate on Tuesday, as well as him taking digs at Gov. Brian Kemp (R-GA).

- “This legislation is an assault on our Nation, on our communities, and on the American Dream.” pic.twitter.com/z58hpIiaum