If the Filibuster Isn't Safe, Then Nothing Is 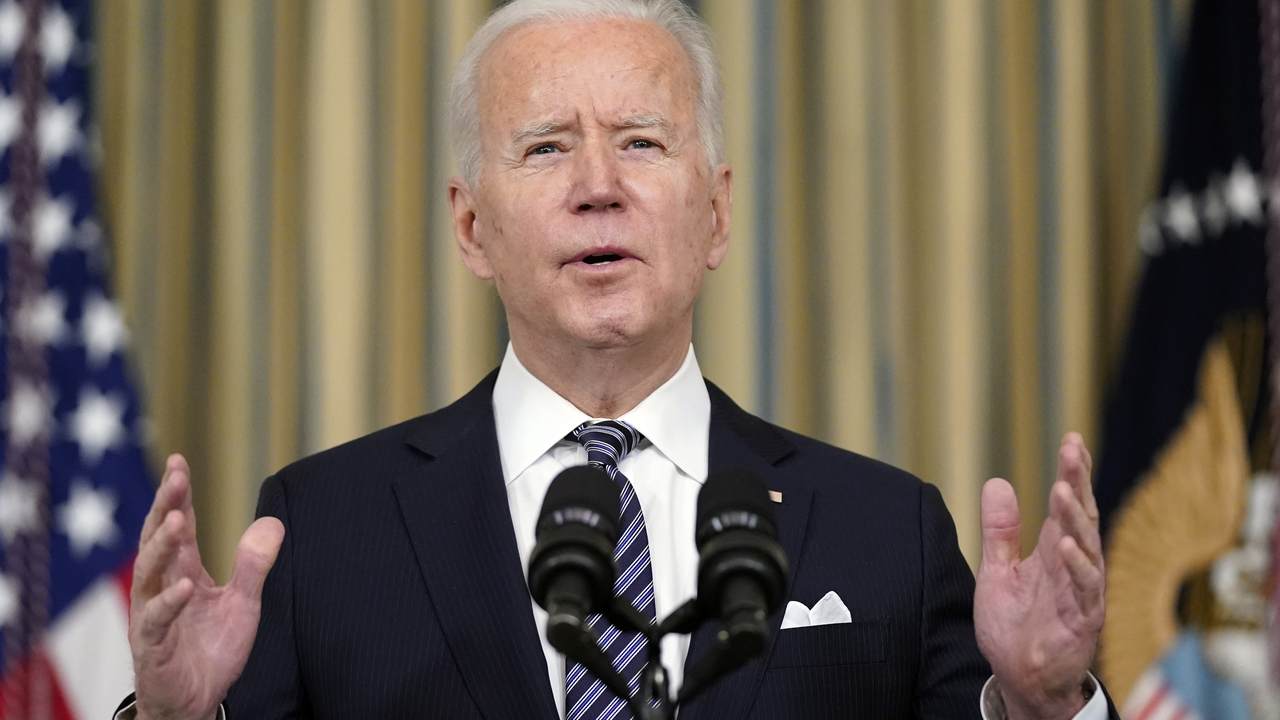 Surprise, surprise! Voters are getting their daily reminder that they've been duped for thinking President Joe Biden would govern from the middle. This time, it's to do with the filibuster.

Media coverage has emphasized that the Left is craving so-called filibuster "reform." Even before Biden caved and said he was open to the idea, that same day, Press Secretary Jen Psaki told reporters that Biden's "preference... is not to make changes." She had said same the same thing just more than a week before.

The comments from Biden came Tuesday night in an interview with ABC's George Stephanopoulos:

"Aren't you going to have to choose between preserving the filibuster, and advancing your agenda?" Stephanopoulos asked Biden in their interview outside Philadelphia.

"Yes, but here's the choice: I don't think that you have to eliminate the filibuster, you have to do it what it used to be when I first got to the Senate back in the old days," Biden said. "You had to stand up and command the floor, you had to keep talking."

"So you're for that reform? You're for bringing back the talking filibuster?" Stephanopulos asked.

"I am. That's what it was supposed to be," Biden said.

"It's getting to the point where, you know, democracy is having a hard time functioning," Biden told Stephanopoulos.

Politico's reporting from March 8, the same day as a press conference where Psaki made her point, predicted it would get to a head sooner rather than later. "President Joe Biden isn’t budging from his desire to keep the filibuster in place; at least not yet. And activists demanding reforms are growing increasingly befuddled by the administration’s hesitance," Laura Barrón-López wrote as her opening.

Senate Minority Leader Mitch McConnell (R-Ky.) on Wednesday spoke with Fox News' Harris Faulkner while on "The Faulkner Focus." Having served with Biden in the U.S. Senate for decades, McConnell knew better:

I never remembered him as a moderate. So, Harris, I'm not surprised that he is not a moderate. He just seemed moderate running for the nomination compared to everyone else who wanted to be president. So I'm not surprised that this is a left-wing administration. I anticipated it. And that's why it will be very difficult to craft bipartisan agreements because they want to jam things through their way hard left, which I don't think the American people expected any bipartisanship to support.

It's hardly surprising Biden needs to be reminded of this or any other key detail about bipartisanship. He can't be reminded enough though when he says, "It almost is getting to the point where democracy's having a hard time functioning." Psaki has referred to Biden as an "optimist by nature," but such a line isn't just being optimistic, it's being naive. Biden has been in politics for almost 50 years. Shouldn't he know better?

We'd ask what happened to Psaki's gushing about how bipartisan Biden's legislation already is, but there's no need. Even with all the "circling back" Psaki has to do with Biden, it seems she and her boss are often missing each other.

It's not just Biden, though. Majority Whip Sen. Dick Durbin of Illinois claims, "There are those of us now in control of the majority side ... who really believe there is much more to be done in the Senate. The American people expect us to respond."

Three years ago, however, when he was the minority whip, Durbin was singing a different tune. On ABC's "This Week" on January 21, 2018, Stephanopoulos asked Durbin about getting rid of the filibuster. "Well, I can tell you that would be the end of the Senate as it was originally devised and created going back to our founding fathers," Durbin said.

Speaking on the Senate floor this week, Durbin blamed McConnell for why he changed his mind on the filibuster.

Republicans have beaten the old filibuster to the point where it is hardly recognizable. So for Republicans to come to the floor and plead for hanging on to this tradition is actually pleading for the Senate to continue to do less and less each year. That must change. pic.twitter.com/3lntVDVaff

If Durbin and his ideas of 2021 really had the support of the American people, then the country would not have elected a Democratic majority by the most narrow of margins.

Imagine that! Political parties need to convince enough of the American people to vote for them to have enough seats in a chamber, otherwise, it may be a bit difficult to pass legislation.

Far-left leaders would jam their legislation down the American people's throats any day of the week, and they're not shy about it. They're already doing so with bills like the "For the People Act" so as to drastically change our elections forever and the "Equality Act," to do away with religious liberties and conscience protections. There may still be hope though for the filibuster. McConnell told Faulkner that Republicans will "be looking for moderate Democrats who want to stop the steamroller with or without the continuation of the legislative filibuster."

Sen. Joe Manchin, who has already been reminded that he is sorely needed back here on earth, especially needs to keep this in mind. Manchin, who supports keeping the filibuster, drew other kinds of reactions when he said on "Meet the Press" he was in favor of making it "painful" to use. It was a move "prompting a wave of jubilation among progressives who have pushed for reforms," Barrón-López also wrote.

Such "jubilation" may have been premature, and there may be hope for Manchin yet, though, as he told CNN's Manu Raju, "I'm still at 60... I haven't changed." Sorry to burst your bubble, but Ian Millhiser of Vox wrote that "That doesn’t mean that the entire project of filibuster reform is dead. But it does mean that reformers hoping to make serious inroads on the minority’s power to obstruct legislation may need to go back to the drawing board."

I asked him if he's drawing a line at 60

Manchin to Hill pool today when asked if he might be open to changing his position on filibuster: "Never! Jesus Christ. What don’t you understand about never?"

Throughout the 10-minutes he spoke with Faulkner, McConnell emphasized that the Democrats do not have a mandate in either chamber when it comes to enacting such a radical agenda.

McConnell said he's "disappointed but not surprised" Biden would govern in such a way and added that:

With any luck, buyer's remorse will hit the American people hard enough come 2022 to allow for a return to a Republican-controlled Senate, if it's not already too late.