Trump Hands Endorsement to Another Key Republican Senator Up for Reelection 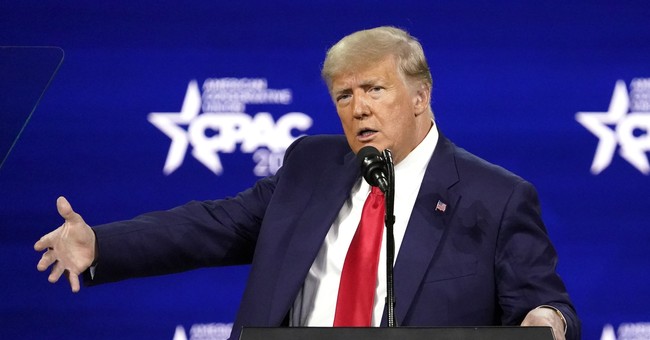 Former President Donald Trump threw his support behind another prominent Republican senator up for reelection in the 2022 midterm election. Trump said in a statement that Florida Senator Marco Rubio (R-FL) has been a “tireless advocate” for his state while in the Senate, citing legislative work to lower taxes, protect the second amendment, and defend the military.

“It is my honor to give U.S. Senator Marco Rubio my Complete and Total Endorsement. Marco has been a tireless advocate for the people of Florida, fighting to cut taxes, supporting our Second Amendment, our Military and our Vets, a strong national defense, and all of the forgotten men and women of America," Trump said in a statement. "Marco worked with me to reform the VA and help our small businesses grow, and with his help, we achieved the lowest ever unemployment for women, African Americans, Hispanic Americans, Asian Americans, and almost all Americans. Together, we worked closely with the Cuban and Venezuelan communities, and have made great progress...Marco will never let the great people of Florida, or our Country, down!”

Senator Rubio has been an outstanding leader for the State of Florida and champion for American families. We’re looking forward to a big win in 2022! pic.twitter.com/XH173rrtmo