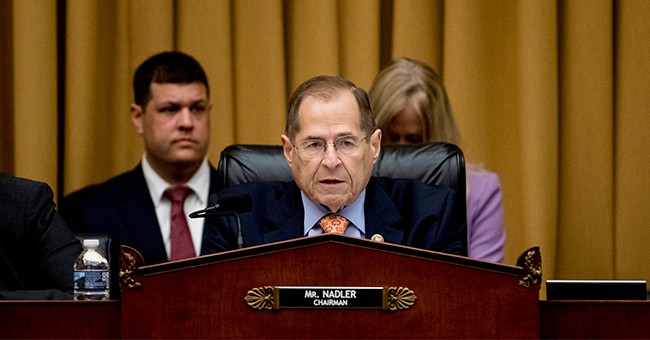 New York Governor Andrew Cuomo (D) is receiving calls for his resignation as more women come forward to accuse him of sexual harassment, even from members of his own party.

Congressman Jerry Nadler (D-NY) joined calls for Cuomo to step down, citing the bravery of the women publicly accusing the governor of sexual impropriety, and arguing that Cuomo has “lost the confidence of the people of New York.”

“The bravery individuals have shown in coming forward to share their experiences with Governor Cuomo is inspiring, and I stand with them in support. The repeated accusations against the governor, and the manner in which he has responded to them, have made it impossible for him to continue to govern at this point,” Nadler said in a statement. “Governor Cuomo has lost the confidence of the people of New York. Governor Cuomo must resign.”

Read my statement calling for the resignation of Governor Andrew Cuomo. pic.twitter.com/JyZntu9HJS

Other members of the New York delegation in Congress also joined calls for Cuomo's resignation.

Upwards of 6 women have publicly accused Cuomo of sexual misconduct, and one charge was referred to state law enforcement. An investigation by the New York Attorney General into the claims made against Cuomo, which he agreed to comply with, is currently underway. The governor made clear that he has no intention of resigning, as of yet.

Share this on Facebook
Tweet
The Russian Collusion Circus Suffers Another Massive Blow in First Durham Trial
Matt Vespa
Many Migrants Released By DHS Were Not Tested for COVID-19 Before Taking Commercial Flights
Julio Rosas
NPR Sets Up Hotline So Employees Can Tattle On Anti Mask-Mandate Violators
Sarah Arnold
Is This the Most Embarrassing Anti-Gun Op-Ed Ever Written?
Matt Vespa
Zuckerberg Banned Meta Employees from Discussing Abortion
Madeline Leesman
Former Minister of Truth Blames Disinformation for Pushing Her Out of DHS
Julio Rosas
CARTOONS | Gary Varvel
View Cartoon
Most Popular